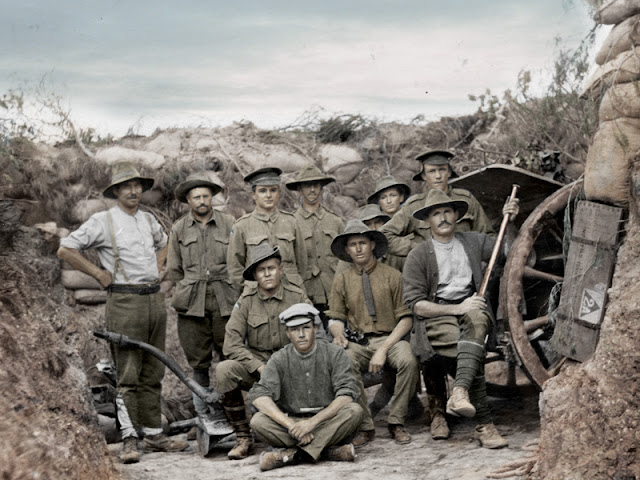 An amazing colourised photo of the 7th Battery's No. 3 Gun emplacement at Gallipoli,
mentioned by Bombardier Sparkes below - published in The Digger's View, the brainchild
of Juan Mahony, the above picture was taken some time prior to August 1915.

A quiet day. Last night we altered our gun pit considerably a lot of digging etc. We took a vote of 3 out of those names who were mentioned in Despatches to have their name submitted etc. The enemy shelled us for about ½ an hour late in afternoon. I heard of one victim they got in the L Horse. 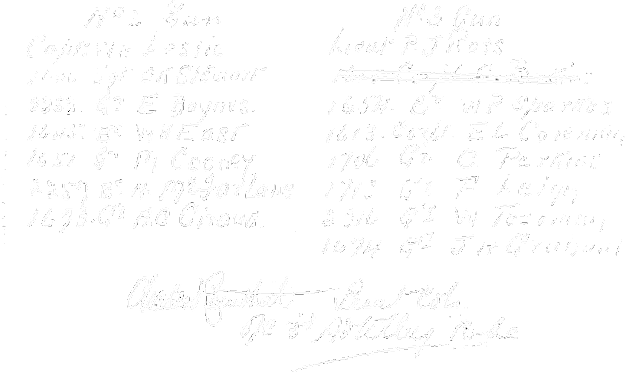 1500 Party of enemy observed working on Southern end of PINE RIDGE.  No 3 Gun opened fire.  One round was fired + the party disappeared. 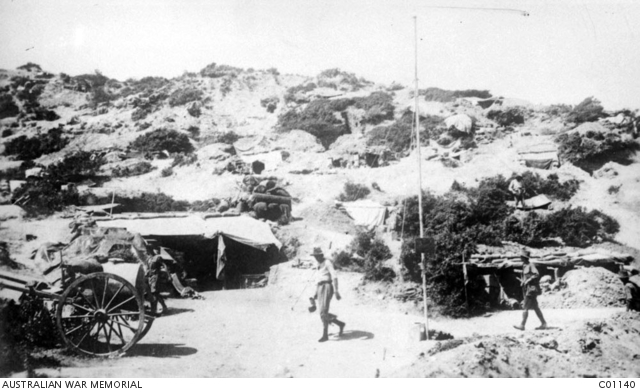 The Admissions Office and Dispensary of the 1st Australian Field Ambulance, near
the beach north of Anzac Cove - the scene of Col. Rosenthal's mishap, below.
[Courtesy of Australian War Memorial - C01140]

At 5AM made a thorough reconnaissance of country in vicinity of Tasmania Post with a view to finding possible good gun position. At 11.30 AM took Colonel Hobbs round same position and told him I wished to make a tunnel through Bolton Hill to give access to Poppy Valley for future Artillery advance. He thought the scheme good and obtained the G.O.C.’s sanction to having it carried out. Discussed names of men worthy of notice in Orders with Col Hobbs and specially recommended 3 from 7th Battery and 3 from 8th Battery. Left my Headquarters about 8.30 PM to visit Colonel Hobbs at Headquarters. Called at 1st Field Ambulance and just when leaving there was hit by a rifle bullet. It entered my left leg beside the knee and came out behind the knee. Strangely enough, bone, tendon and Artery were all missed. They carried me in a stretcher to my Headquarters and now I shall have to take things quietly for a time.