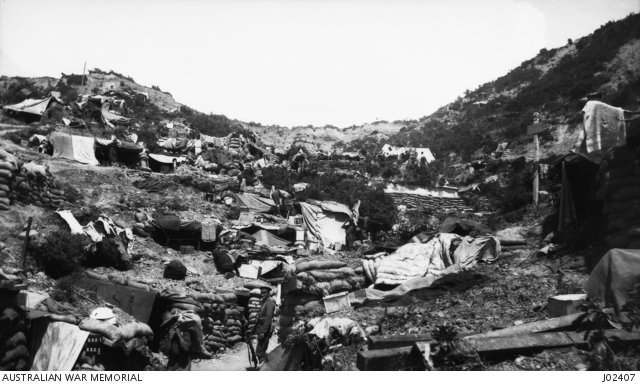 You should see enormous fountains of dust smoke, fragments and blocks of earth as the big guns of the Cruisers further bombarded part of the enemy’s trenches. Every day we are subjected to shells & a rain of bullets.

Went along to Headquarters on beach to see Olly Gunderson who is now working at stores. Had a long talk. Saw one of the large shells which the Turks fired some days ago. It was 11 inches across base and the thickness of the outside to the hollow in center was 3 inches. A tremendous lump of steel. My throat is not too good. 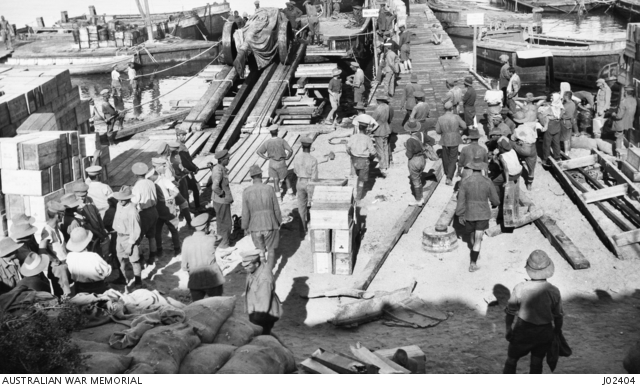 The 4.67 inch gun (wrapped in a canvas tarpaulin) being prepared for unloading
from a barge alongside Watson's Pier at Anzac, with many interested onlookers.
[Courtesy of Australian War Memorial - J02404]

1235 No 1 Gun engaged a party of signallers 200x North of the BOWLING GREEN.  Three rounds were fired apparently without effect + the party disappeared.

1625 No 3 Gun opened fire on a party harvesting in a field on the EASTERN edge of OLIVE GROVE.  Four rounds were fired.  The party disappeared. 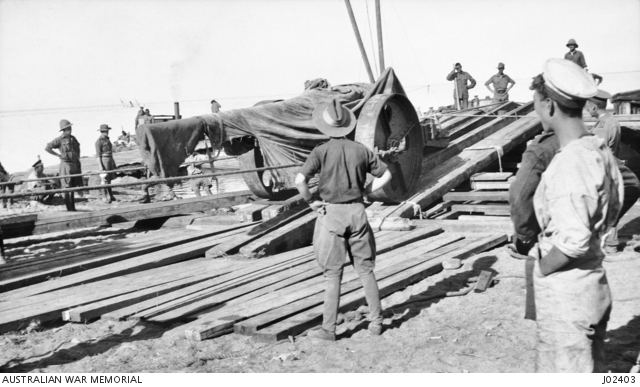 A quiet day. I wrote about 12 letters for mail leaving this evening. Terribly hot day. Roadway to 4".7 continued. Very slow progress with Infantry. 4"7 placed on beach during morning from barge, and at night moved along to gully below Burgess’ Battery. Received letter from Nell dated May 26th, also one from Charley. 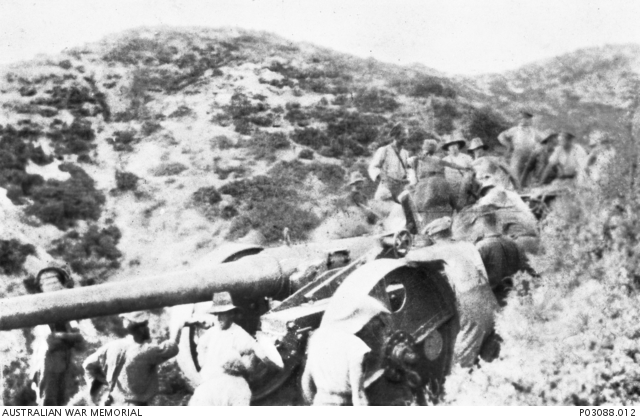 Artillerymen hauling the 4.7 inch naval gun into a gully below the firing line,
overseenby Col. Rosenthal at top right with hands on hips (mentioned above).
[Courtesy of Australian War Memorial - P03088.012]