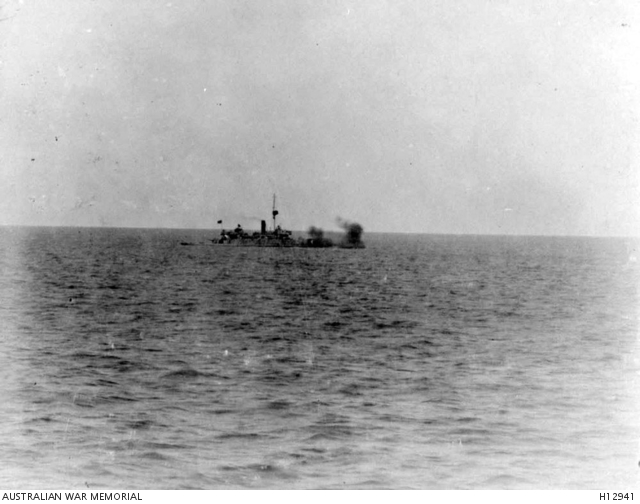 Harvey Turton arrived. Of course it meant plenty of chats about our drivers at Alexandria etc.

I must say candidly my health & the weakness which came on me has interfered greatly with my nerve just now. One requires perfect health to be in good fighting trim.

1110  N° 1 Gun engaged this target which reappeared.  One round was fired with good effect.

In pursuance of a request report received from 2nd L.H. Bde that a machine gun was firing from TWIN TRENCHES was doing considerable damage on the Beach N° 1 + 3 Guns engaged this position at various time throughout the day firing a total of 15 rounds into the positions indicated by the L.H.  Percussion Shrapnel + low air bursts were used but the actual effect is unknown although the emplacements pointed out were blown down.

Decent mail arrived today. Letter from Nell dated June 7th, Australasian May 29th and Daily Telegraph of 15th and 16th May. Arranged with Major Gregson RFA to let him have use of my Telephone poles. Received advance issue of new maps of Gallipoli Peninsula.

Some N.C.O. and gunners belonging to the Brigade arrived from Alexandria this morning, also about 120 gunners from D.A.C. of which number 62 are detailed to us. H.M.S. "Humber" took on guns at Olive Grove but did little good. 5" Howr fired an aeroplane series during afternoon. Handed cigars to Col Arnott. Smart Artillery duel during evening. A few Infantry casualties just above my Headquarters. Glad to learn Col Coxen is to command Heavy Brigade from Australia.