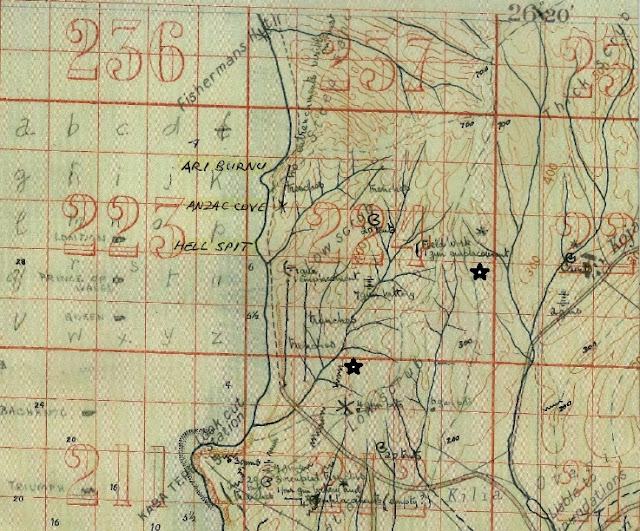 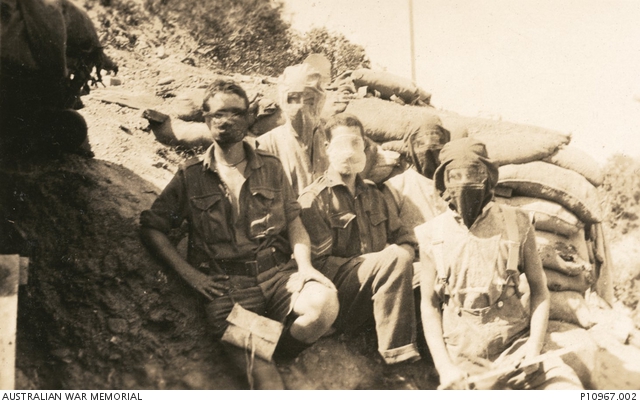 Australian soldiers modeling the original gas masks issued to troops on the
Gallipoli peninsula (mentioned by Col. Rosenthal below) - constructed of
lack mosquito netting & cotton wool, the masks would have been completely
ineffective in the advent of a Turkish gas attack.
[Courtesy of Australian War Memorial - P10967.002]


A most beautiful day. The colouring of the sea has to day been a most extraordinary blue. Respirators being issued to all ranks, thus wisely guarding against the use by the Turks of asphyxiating gases as practised by the Germans. Information published in our orders today indicate that the enemy is weakening and is anxious to sue for peace. Saw Gen’s Birdwood, Walker and Carruthers together with Col Hobbs and Col Johnstone at 8th Battery position.

During the afternoon enemy put in a good deal of high explosive and shrapnel shell. We located batteries in "Olive Grove" and on "Gun Ridge" and silenced them. Capt Jopp finished duty as H.Q Officer.

Rather heavy rifle fusillade during night.