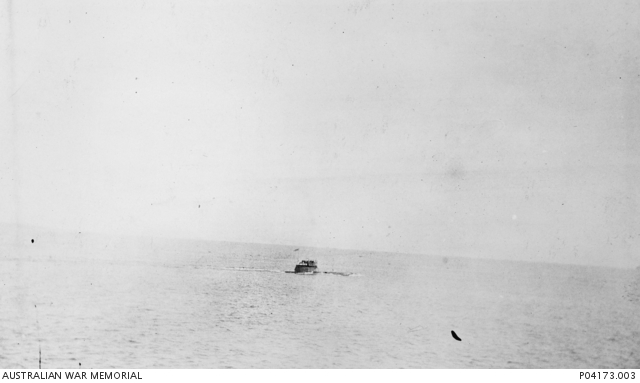 A submarine patrolling off the beach at Anzac - submarines, both friendly & enemy,
were regular visitors off Gallipoli.
[Courtesy of Australian War Memorial - P04173.003]

It looks overcast to-day. This afternoon I went along to Y.M.C.A. Canteen to get cakes for Headquarters. Every day I will make this trip now & let the different units of our Brigade take the goods secured.

Battery did not fire.  One man sent to Hospital sick.

0830 Gun from direction of SCRUBBY KNOLL firing towards 7th.Battery.