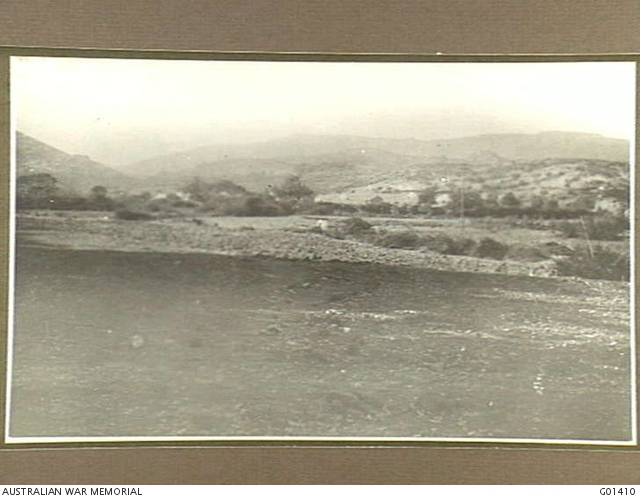 A view of General Headquarters on Imbros, visited by Will Sparkes (below).
[Courtesy of Australian War Memorial - G01410]


I slept a little better last night. It was more comfortable & the wind had abated a little. I did not rise early & Sergt Smith discovered that there was no tea for Breakfast as no water was available. Imagine this in a supposed rest camp. We had no recourse but to visit the Cocoa Shop & get a cup of hot colored water & a bun. After this Smith & I took a walk round to general Head Quarters – a place where the Generals reside – It was up in a lovely little nook in the rocky Hills. The rocks were all colored & interspersed with green shrubs the appearance was fine. Everything looked comfortable – Tents – Hats & other conveniences. I saw some of the Surrey Yeomanry chaps who came over on the “Southland" when I returned to the front after being wounded. After a chat we walked a few miles to the aerodrome & saw the celebrated Samsons air ship – a converted Seaplane. Had talks with mechanics & enquired for Capt Jopp & found he was over at No 3 Wing on the other side of harbour. Retd to Camp & had dinner of Salmon & cabbage. It tasted like lobster when mashed together & I can recommend it.

2030 No 1 Gun fired 2 rounds from alternative pit at trench mortar on LONE PINE Square 68-B-6 + succeeded in silencing it.  These rounds were fired on request received from F.C.O. at LONE PINE.

1130 Enemy 75.m.m.gun and a small gun from the direction of SCRUBBY KNOLL bombarded LONE PINE AND THE PIMPLE.

1655 Enemy gun from OLIVE GROVE again fired on BEACH and small gun from direction of CEMENT EMPLACEMENTS fired towards CHATHAMS POST, both unlocated.