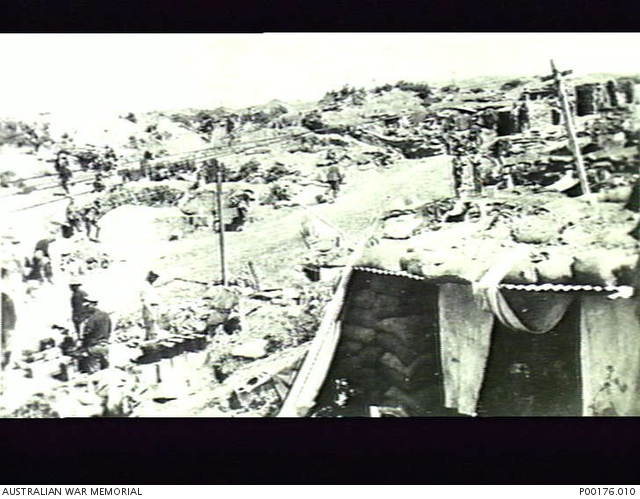 14.55 Observers noticed that our Infantry at LONESOME PINE had by means of bombs set alight overhead cover in one of enemy’s trenches on slope of PLATEAU 400 N. end of SURPRISE GULLY (Sq 68-b-6) + Turks were endeavouring to extinguish the flames.  12 rds of shrapnel at range of 935x fuze 1.9 were fired at these men from No. 3 gun, which prevented them from extinguishing fire for some considerable time.

16.00 No. 3 gun fired 4 rds P.S. at range of 915x at overhead cover near that above mentioned in retaliation for Turkish gun firing on LONESOME PINE.  Effect – Overhead cover damaged.

Observers reported that Turks were busily entrenching on GUN RIDGE during the day.