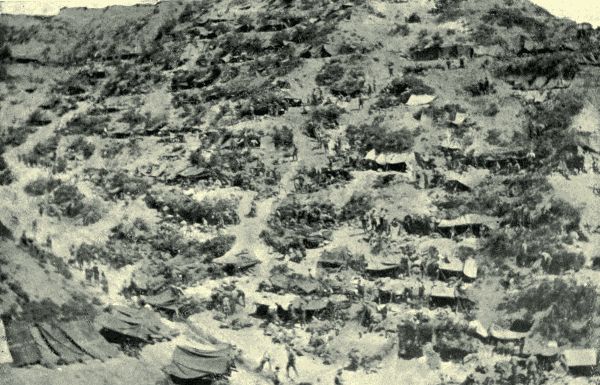 An Australian Brigade in Rest Gully, utilising waterproof sheets (ground sheets) above
their dugouts - thesesheets were highly sought after by the men on Gallipoli (as issued
by Will Sparkes, below).
[Courtesy of Project Gutenberg]

17.10 Party of about 100 Turks observed passing down communication trench into “Boomerang Trench”.  Reported to 9th Battery.  Similar parties are generally noticed about this time daily either passing into or going from “Boomerang Trench” + are evidently reliefs.