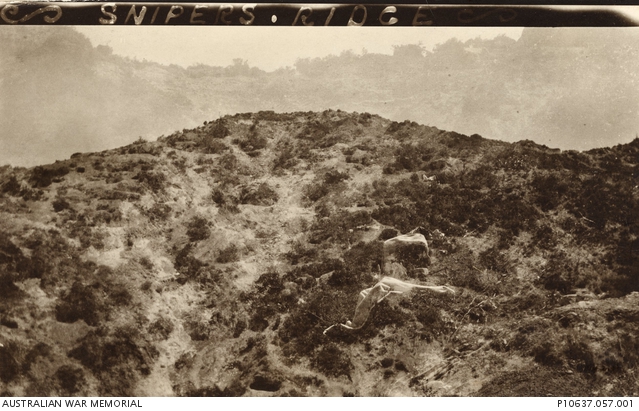 A shot of Sniper's Ridge, along which a Turkish communication trench ran that
fed the front infantry lines - fired on by the 7th Battery (below).
[Courtesy of Australian War Memorial - P10637.001]

10.15 and 1700 Movement of small bodies of enemy troops back + forward through communication trench near “Boomerang Trench,” GUN RIDGE (Sq 68-R-8)

18.20 No. 3 gun fired 1 rd P.S. at same target as above removing further portion of parapet + enabling movement in trench (through which supports to Turkish firing line pass) to be observed.  Retaliation series.