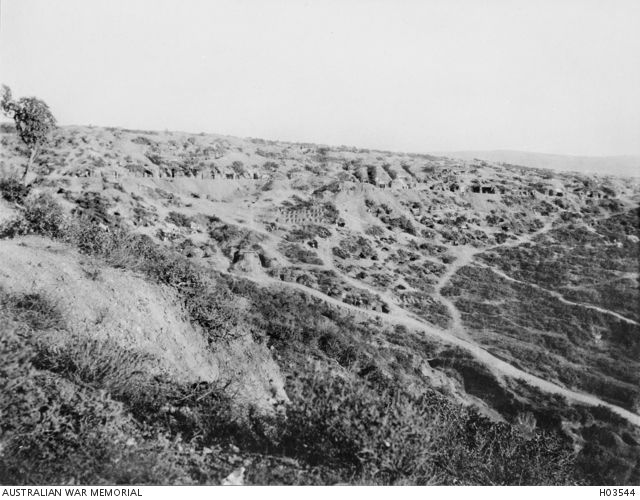 I was bad during the night and had to go to the rear on several occasions. Although it was midnight & later had company on nearly every occasion. Things were still a bit quiet during the day.

18.45 No. 4 gun fired 1 rd P.S. at a range of 875x at Slope of PLATEAU 400 Sq 68-b-6 partially destroying parapet of a Turkish trench.  Observers reported that Turks had completed communication trench across POPPY VALLEY from “Echelon trenches” to HOLLY RIDGE 68-L-5 to 3.