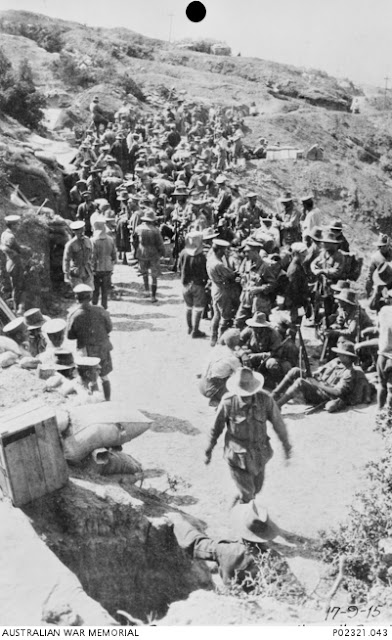 The 7th Reinforcements of the 10th Infantry Battalion arrive at  Battalion Headquarters,
on Artillery Road in Victoria Gully, just to the left of the 7th Battery's position, on the 17th
September 1915.
[Courtesy of Australian War Memorial - P02321.043] 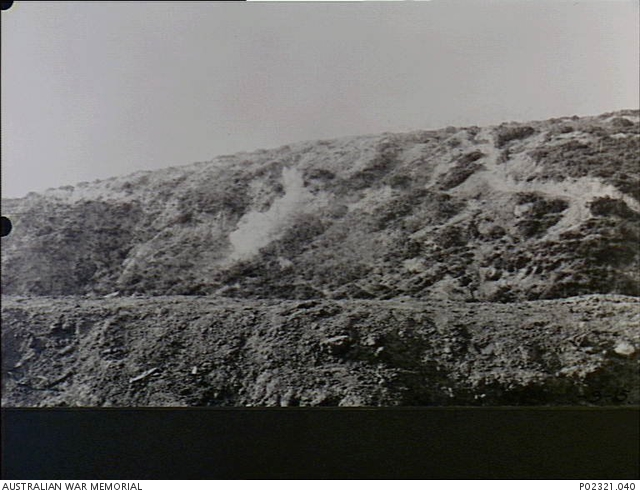 Turkish shrapnel bursts on the gun positions of the 7th Battery (incorrectly attributed
by the A.W.M. to the 7th F.A.B., formed in February 1916), in September 1915 (possibly
mentioned below by Lieut. Hodgens below).
[Courtesy of Australian War Memorial - P02321.040]

An enemy 5.7" howitzer fired shrapnel, + a gun of similar calibre fired a leaden-coated high explosive shell at frequent intervals during the day at Light Horse trenches at HOLLY RIDGE and at our position at BOLTON HILL.  Guns could not be located.  7th Light Horse reported considerable damage to their trenches.  Very little damage to ours.