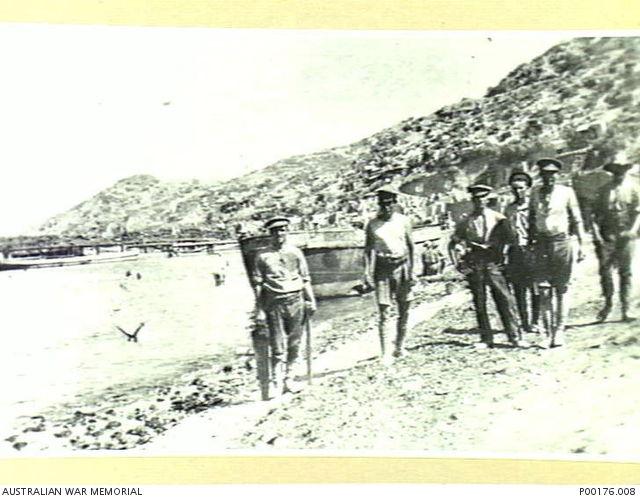 Anzac Cove beach on the 9th September 1915 - a similar sight to which Will Sparkes
was overlooking on the 6th September (below).
[Courtesy of Australian War Memorial - P00176.008]

A nice day – Fairly busy re equipment. It is lovely to look out over the ocean as the breeze comes wafting over its rippling water.

Prior designations of the 7th Battery Guns, marked centre left as 'HUGHES BATTERY,'
was reorganised as per Captain Waite's diary, below (click image to enlarge).
[Courtesy of Australian War Memorial - RC04181]

Battery did not fire.  All zones quiet. 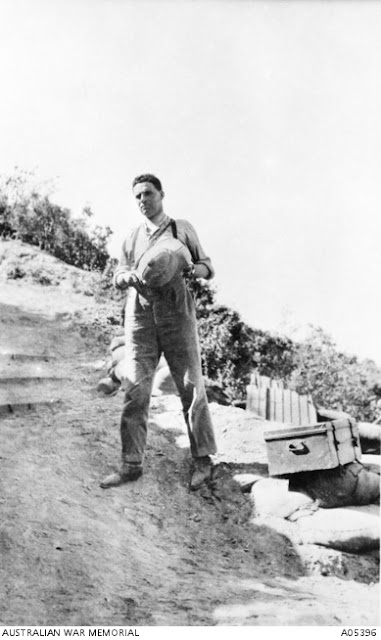 Keith Murdoch, Managing Editor of the Sydney Sun & Melbourne Herald, outside Capt.
C.E.W. Bean's dugout at Anzac Cove.  Murdoch arrived at Anzac Cove on the 3rd
September 1915, for a whirlwind tour as journalist under permission from General
Hamilton, and returned for Headquarters at Imbros on the 6th September 1915 - during
his time at Gallpioli, after witnessing the battle front for himself & no doubt taking
notes from Captain Bean, Murdoch would hatch a plan in corroboration with fellow
journalist Ellis Ashmead-Bartlett, to circumvent the strict censorship rules
governing war correspondents & bring attention to the actual situation at Gallipoli.
[Courtesy of Australian War Memorial - A05396]