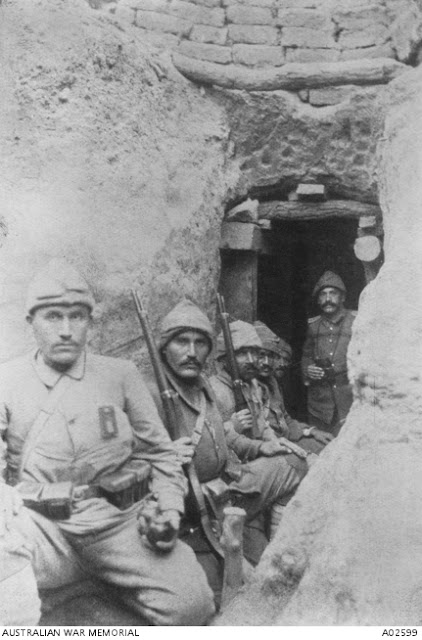 Turkish soldiers in a covered shelter at Kanle Sirt (Plateau 400), on which the 7th Battery
continued to fire throughout September 195, in retaliation for the bombardment of
Australian trenches at Lone Pine (below).
[Courtesy of Australian War Memorial - A02599]

The same. We had a lot of shelling to-day.

1750 No. 3 gun fired 3 rds. P.S. at same target as engaged at 0730 causing further damage to parapets.  Retaliation for gun firing one LONESOME PINE.