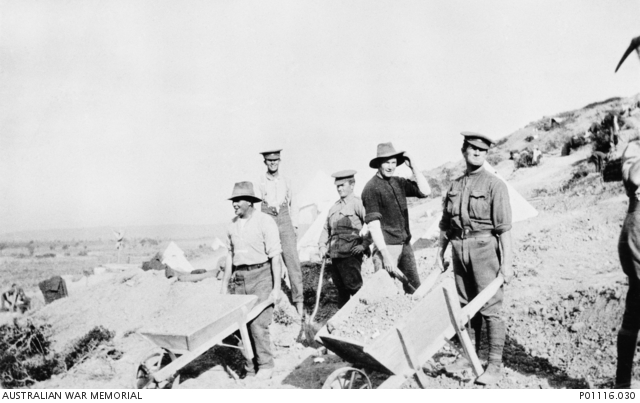 I went to Ordnance to get officers clothing etc also to arrange about mules for drawing indent goods on the following day. Received note from Jack Fitzgerald our Field Cashier.