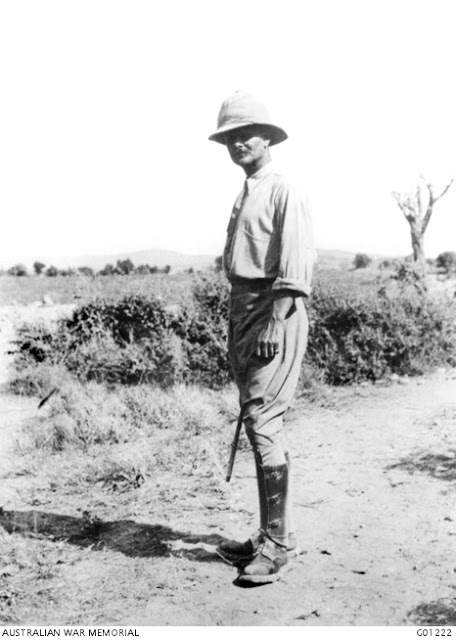 Several small skirmishes took place but nothing of any importance. Late last evening I awoke by hearing voices outside my dugout store quarters & found our boys who were away resting had come back from Lemnos. It had been rumoured that another batch of men were to go & any one over 3 months of continuous service on the Peninsular was entitled to the holiday. I declined to be included as I was fairly busy with various indents and issues & I decided to wait till the next batch went.

There was little firing from enemy guns on right flank during the day.

1355 Party of horsemen, cattle and camels moving on road at foot of KILID BAHR going south.

1410 A considerable of dust arising from Gully in rear of RUINS apparently cattle concentrated there.