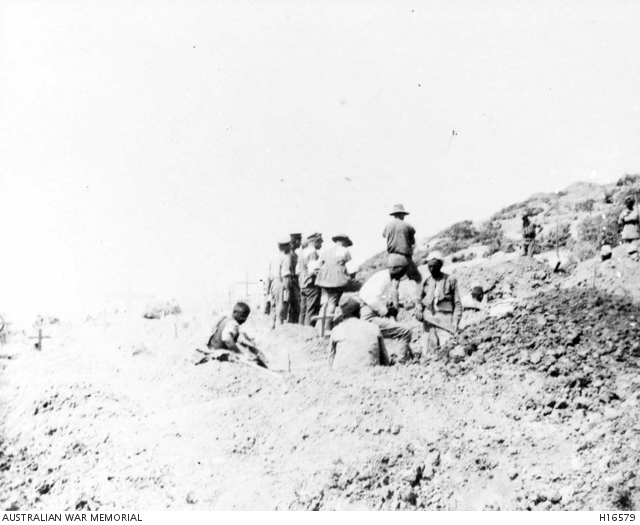 Members of the Egyptian Labour Corps, under the supervision of AIF soldiers,
digging graves at one of the many cemeteries in the Anzac area.
[Courtesy of Australian War Memorial - H16579]

I went along to Ordnance. Very hot journey. Coming back I saw Major Griffiths and had chat also went up to Capt Jack Fitzgerald to bid him Au Revoir as he was to leave next morning. He showed me a bank demand order which had been found on one of our men who had been killed. The papers had an awful stench as he had been dead some time before his body was recovered.

On the beach now there are parties of Greeks, Maltese, and the awful Egyptian chaps. One had thought that the last had been heard of the monotonous lilt of their chorus as they worked but no it must follow one across to Turkey.