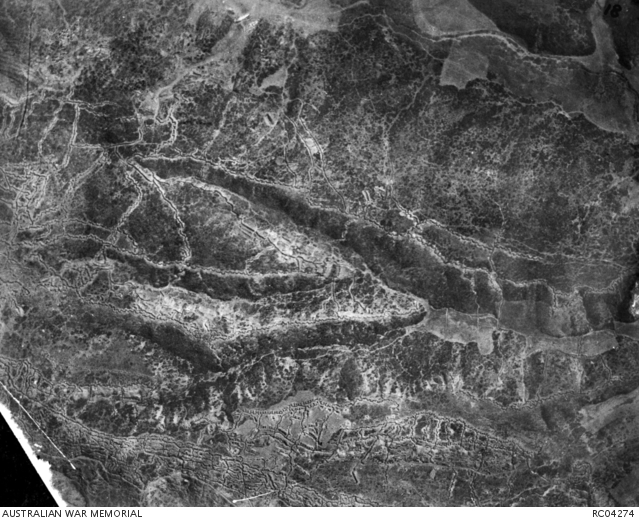 It was a delightful morning as you looked across the peaceful blue ocean. Just a gentle Zephyr stirred the surface of the water and there was not the crack of a rifle shot to disturb the peacefulness of the dawn. How we all look forward to the time that such conditions will exist all over the world and the great glorious peace proclaimed (see next page xxxx). When the actions – the brutality and questionable fighting of the Germans is considered there seems to be a temperamental inability of the race to properly understand the decent behaviour. One only requires to follow the reports of the treatment meted out to prisoners – the women folk of the places which the Germans at present occupy.

I write the above remarks before 9 am at which time there was a complete disallusionment of our surroundings. The Turks opened up with their artillery & shells came from all directions.

A perfect pandemonium reigned for about an hour. Our guns were not slow in replying and in the far distance on our left flank could be heard the rattle of heavy rifle fire. Guns were booming in the direction of Cape Helles. Captn Crisp returned to-day.

With the coming of Winter the little ground larks are getting plentiful. I can see them flitting here & there with their pleasant little chirps.

In going & coming from Ordnance and the Beach Headquarters I have to pass along a stretch of open sand and here one has to run the gauntlet of Snipers from the Gaba Tepe Lookout Point & adjacent country. It is certainly not pleasant to feel & know you are a special target when you are innocently walking along. To be wounded when making a charge or taking part in any fray it is entirely different & one does not mind. There has been several air chases during the last few days. Our aeroplane making a dash at the German Taube.

Blow Bugles Blow! They brought us, fore on dearth
Holiness backed so long and Love & Pain
Honour has come back, as a king to earth,
and paid his subjects with a royal wage
And Nobleness walks in our ways again
And we have come into our heritage

11.45 9th Battalion observers pointed out Turkish Observers Station stated by them to have been used during morning’s bombardment by Turkish guns – PINE RIDGE – 68-H-8 – Reported to Bombardment had ceased when information received + no sign of observers at position pointed out – Reported to 3rd F.A. Brigade.

2000 Demonstration by 5th Light Horse + Torpedo Boat Destroyer + 9th Battery in S. zone of ANZAC.  This Battery did not fire.

0855 Enemy Artillery began general Bombardment of our Lines.  Four guns from OLIVE GROVE and one from GUN RIDGE North kept up a rapid fire on our RIGHT FLANK TRENCHES.  Our artillery retaliated on all the above guns also enemy’s works and succeeded in silencing them.

Except for the above artillery duel everything very quiet on RIGHT FLANK to-day.