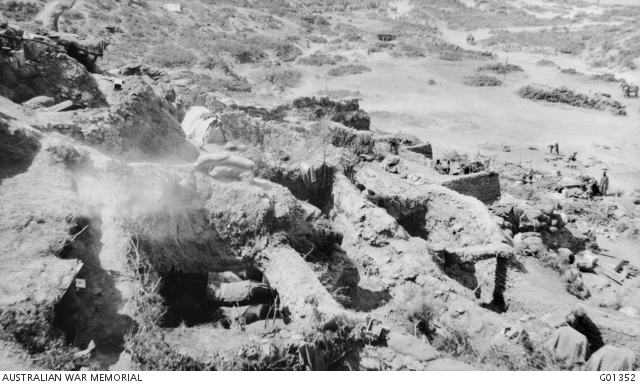 Indian mules in very deep shelters dug for them at the Indian Hospital camp, Shrapnel Gully,
October 1915.  These excavations afforded protection from the shells from "Beachy Bill."
[Courtesy of Australian War Memorial - G01352]


It is windy to-day & dusty. There was a big fusilade of shelling before midday. The Turks opened up on us from most of their Batteries.

1130 Enemy's artillery opened heavy fire on position occupied by this battery which bombardment continued for about 20 minutes.  The hostile guns were engaged by 9th Battery also 5 inch + 6 inch Howitzers + silenced.  No damage was done to our position.  This Battery did not fire.