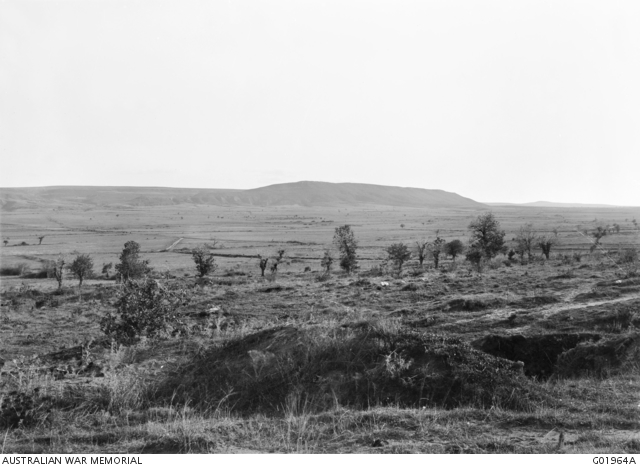 Kilid Bahr Plateau taken from near a Turkish gun position - one of a series of photographs
taken on the Gallipoli Peninsula under the direction of Captain C. E. W. Bean, of the
Australian Historical Mission, during the months of February and March 1919.
[Courtesy of Australian War Memorial - G01964A]


[Author's Note:  On the 15th October, in the official Unit Diary of the 7th Battery,
the writing markedly changes in both appearance & style.  No mention is made
in the diary of a change of Battery Command, nor is any mention made in Major
Hughes' entries in the 3rd Field Artillery Brigades official diary.  On comparison
to the Battery's diary in July, the writing is identical to that of Captain Alan Percy
Crisp - from Crisp's dossier, he is recorded as having left the Peninsula invalided
in late July 1915, however returned to active service at Gallipoli on the 4th
October.  Why no written record exists of his re-installation as temporary
Officer Commanding the 7th Battery, in place of Lieutenant Sydney Francis
Hodgens, is unknown.]