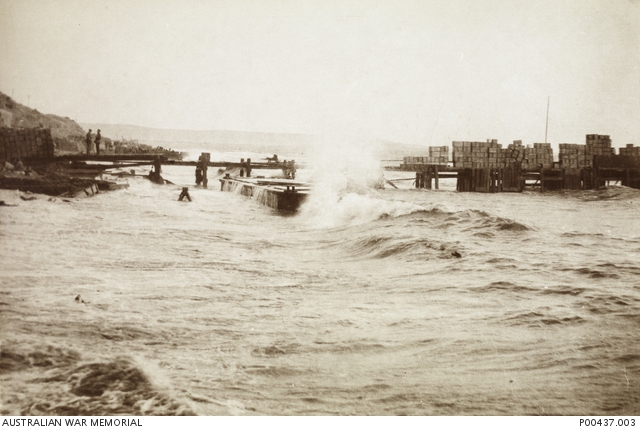 
Had a quiet day. Captn Crisp informed me I was chosen by Officers Commanding 3rd Brigade F.A. to take charge of Brigade Canteen it was decided to form. This would mean my being attached to Headquarters.

Last night one of the old limbers which had been broken up by shells was erected up in one of our Gun Pits as a Dummy to draw fire.

Quiet.  The Battery did not fire.

0825 Party of men behind RT.SECOLIVE GROVE.

0950 Men observed going out from behind OLIVE GROVE catching horses.

1135 A number of camels behind WINE GLASS RIDGE going North.

1520 Party of horsemen riding into scrub at the south side of OLD PARADE GROUND.

1535 Gun from the direction of left of GUN RIDGE firing into CLARKS GULLY.

1715 Gun from OLIVE GROVE firing from right of LT.SEC over this position.

1725 Gun from direction of SCRUBBY KNOLL firing on 7th.Battery.