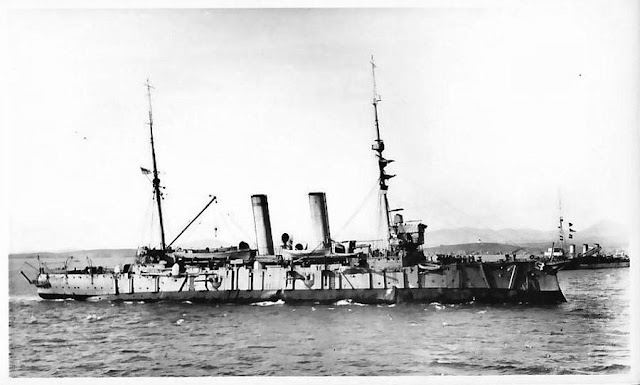 The British cruiser H.M.S. Endymion, the likely vessel incorrectly referred to as the
H.M.S. Edymontis by Major Hughes below.
[Courtesy of Gallipoli Association Forum]

1225 Considerable amount of movement on SQ.38-R-- Troops coming and going from there, apparently messengers.

Owing to misty rain observation difficult during part of afternoon.