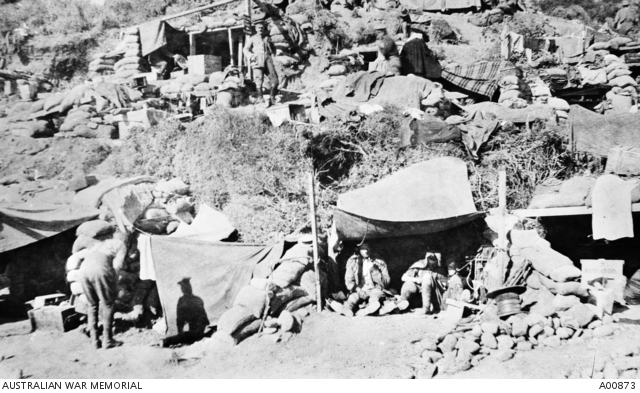 Dugouts at the Divisional Headquarters and Headquarters Division Artillery.
[Courtesy of Australian War Memorial - A00873]


Had a meeting of Canteen Committee at Headquarters. Each Battery having a representative present. Lieut Forrest explained scheme as to Purchasing Stores from Embross Island Canteen and an order was drawn up as a first foundation to Store. Each Unit was to subscribe £20-0-0 as a capital to finance scheme & only such articles to be purchased as would benefit the men in adding to present ration.

0850 Gun from direction of OLIVE GROVE firing on Trawlers.

1150 Gun from direction of SCRUBBY KNOLL firing over this position.