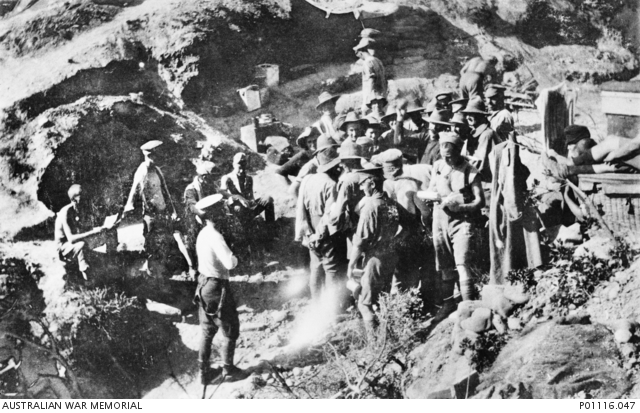 "Mail Day Gallipoli" showing some Australian soldiers clustered round the "Postman"
hoping to receive a letter, others opening their mail.
[Courtesy of Australian War Memorial - P001116.047]

A sprinkling of rain &and very overcast. Last night I received a bundle of Papers from Egypt and have not so far any knowledge of the sender. We heard some days ago that Bombardier McKinnon Gunners Clark and Moore had died through the result of their injuries.

1639 Two transports on the right of trees this side of HOSPITAL.