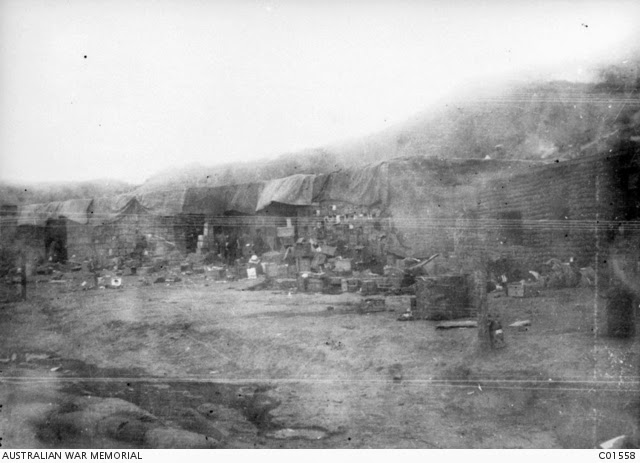 This day was quieter on our section.  The enemy shelled our beach + although Naval fire was directed on to them we could not silence their guns. 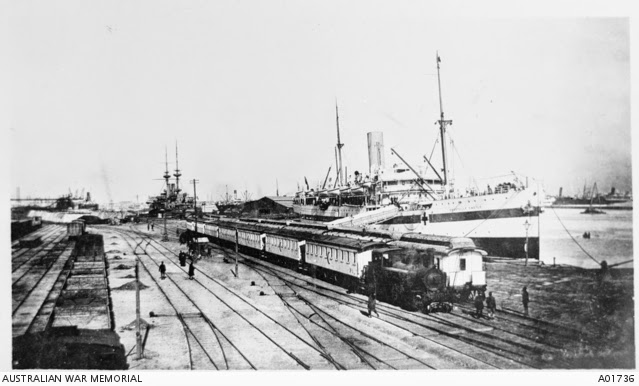 Hospital ships docked at Alexandria carrying wounded from Gallipoli,
with the hospital train laying patiently in wait.
Courtesy of Australian War Memorial - A01736]

Another beautiful day. Back and wounds generally feeling much easier. Arrived at Alexandria about 3 PM. Hospital train waiting alongside Quay. About 250 stowed into first train which left Alexandria at 7.15 PM and arrived in Cairo at 11 PM. Three nurses, doctor and Indian attendants on board looked after men. Provided Bovril, coffee, fruit and cigarettes. Bligh accompanied me. Major Burgess stayed on ship, but I heard later went into Hospital at Alexandria. Motor ambulance took us to Heliopolis Hospital. Had wounds dressed and turned into bed at 12 midnight. Slept splendidly.