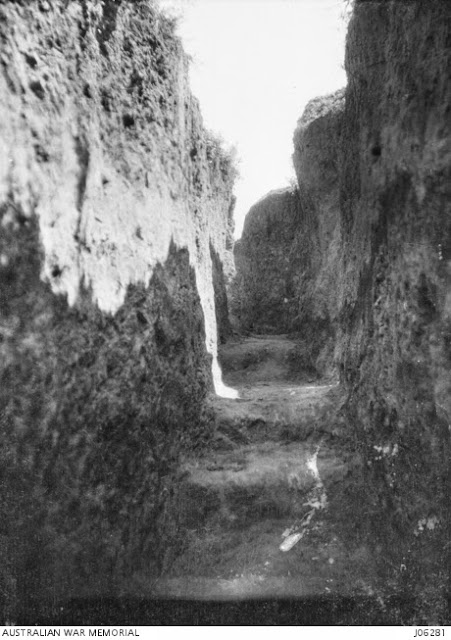 The sap leading to one of the field guns in the firing line just above Shell Green, May 1915.
[Courtesy of Australian War Memorial - J06281]

About 3pm the enemy who had been reinforced by fresh troops delivered a strong attack on our position lasting well into the night. They were supported during the daylight by their Artillery.  Their attack was repulsed + we believe their casualties to have been heavy.  2 gunners wounded.


Went in to Heliopolis Hospital. Doctor again examined wound in back and found it unsatisfactory. He probed it, and extracted two lumps of gravel that had not previously been noticed.