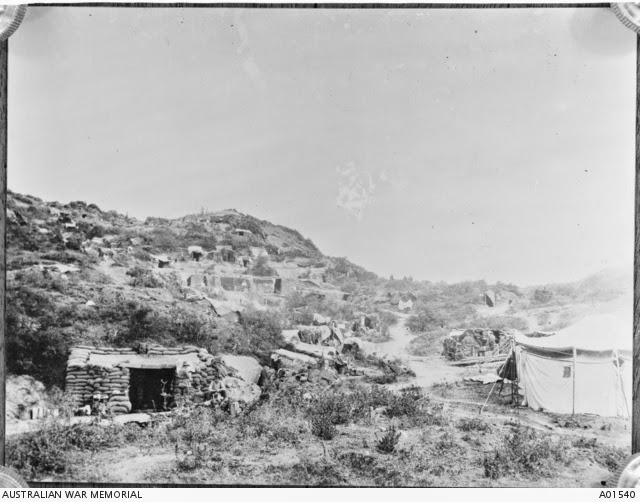 The enemy again shelled our position + the naval fire still unable to silence them.

In the afternoon + night 2 guns of 9th Battery were got into position 1 close to beach + the other on ridge about 3D F Ambulance. 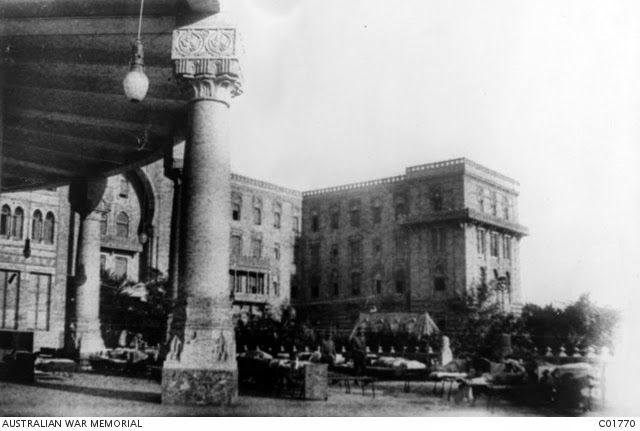 The Heliopolis Hotel's conversion to the 1st Australian General Hospital on
the outskirts of Cairo, to which Col. Rosenthal was transported & treated.
Courtesy of Australian War Memorial - C01770]

Cabled Nell telling of wounds. Wrote Charley. Mrs Christian and Harris called to see me during afternoon and in the evening Col Ryrie, Col Cox, Major Lynch and Lieut Hogue spent a half hour with me.