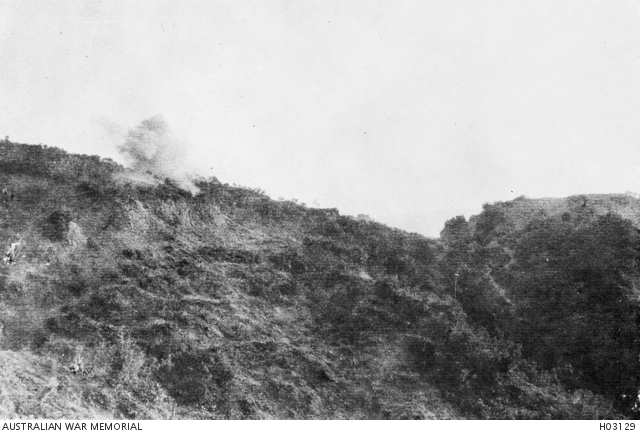 The enemy 6 in howitzer shelled our whole position from 11am to 5pm firing about 100 rounds.  We replied with Burgess Battery + our 6 in howitzer.  We are unable to know what effect our fire had but our casualties from enemy fire were very small considering the number of rounds fired into our position which was crowded with dug outs + reserves in between the fire trenches + the beach. 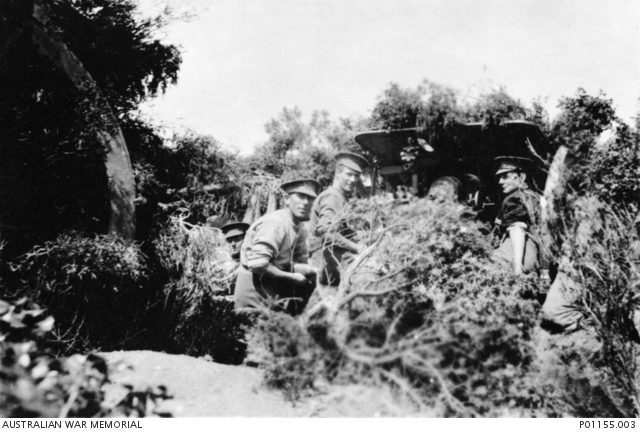 
Met Colonel Hobbs at Brown’s Battery at 9.30. Spent the morning with him and the two Colonel Johnstones inspecting positions. Had lunch with Col Hobbs and during the afternoon thoroughly examined the N.Z. Section. Our line appears exceptionally strong and it will require a huge army to shift us out. I am informed officially today that our casualties in the attack of a few nights ago were 283 killed and wounded. Today eighty three 6" Howitzer common shell were landed in the vicinity of Hughes Battery, but I think only accounting for about 4 men. Extraordinary how they miss us.