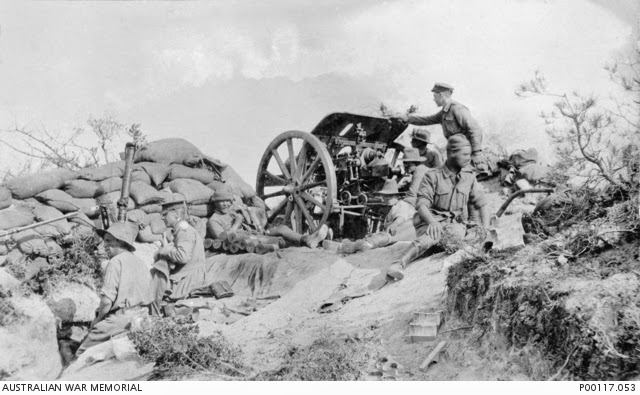 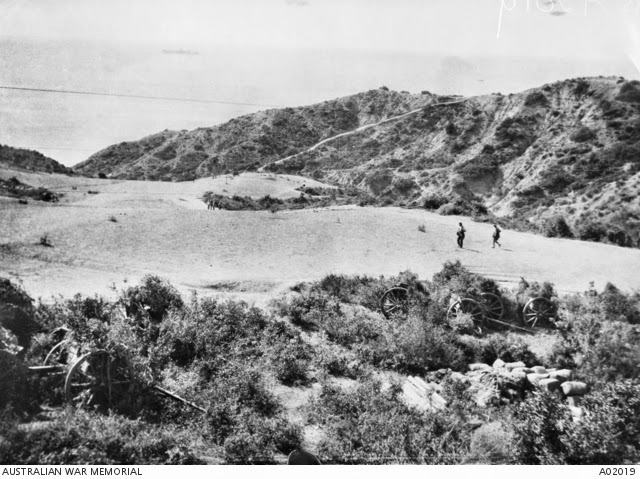 A view over Shell Green, the only level cultivated patch within the territory
held by the Australians, & just below the positions of the 7th Battery's field
guns within the 9th Infantry Battalion lines - a number of the 3rd Field
Artillery Brigade's ammunition limbers can be seen in the foreground,
concealed by bushes from sight of enemy aircraft.
[Courtesy of Australian War Memorial - A02019]


Spent the day in examining our gun positions. I now have my twelve guns in action tho’ 8th Battery is temporarily attached to Col Johnstone in No 2 Section of Defence. I find my guns have done excellent work, Major Hughes acting as Brigade Commander. He will now get a few days well earned rest.

I went all over No 1 Section today with Col Hobbs, and tomorrow I am to inspect No 2 Section prior to taking up duty again.

I will also inspect the New Zealand Section. Quite pleased to be back in the trenches again. Lieut Crisp promoted Captain and transferred to 7th Battery vice Capt Leslie killed in action.