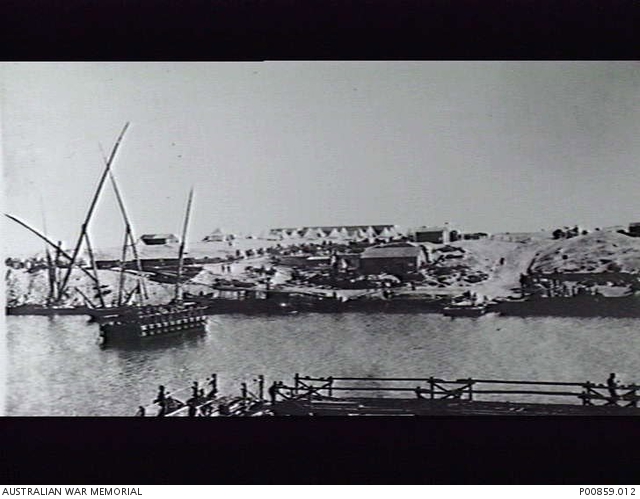 Punt crossing the Suez Canal at Serapeum in early April 1916, where Col. Rosenthal
boarded a launch for his trip to Ismailia (below).
[Courtesy of Australian War Memorial - P00859.012]

At 7 AM inspected Camp site. Returned to Serapeum at 9 AM, had breakfast, then with Cols. Barber and Armstrong went up to Ismailia by launch, calling at two "Posts" en route. Called at G.H.Q. E.E.F. re water difficulties at Serapeum. Returned to Tel el Kebir at 3 PM Found piles of official correspondence awaiting me, also letters from George Halford and Alice Lindsay.

Expect another 150 Horses tomorrow and also a crowd of Light Horse personnel.