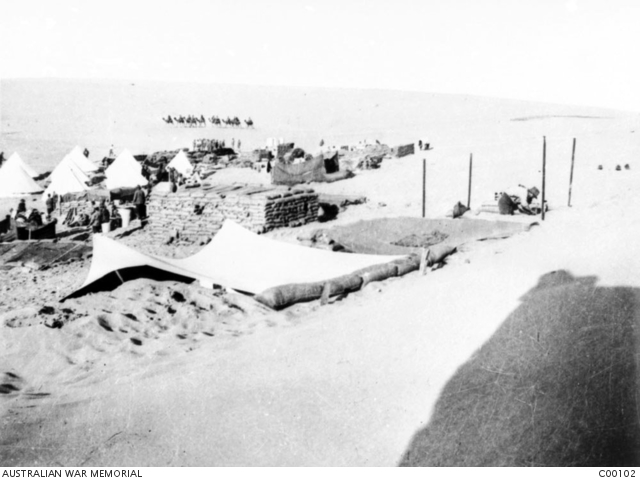 Suez Canal defences on the east side of the canal, 9 miles from Serapeum, in February
1916 - The defenses involved an elaborate system of wired and reinforced trenches east
of the canal, behind which two battalions of infantry and artillery guarded each bridgehead.
[Courtesy of Australian War Memorial - C00102]