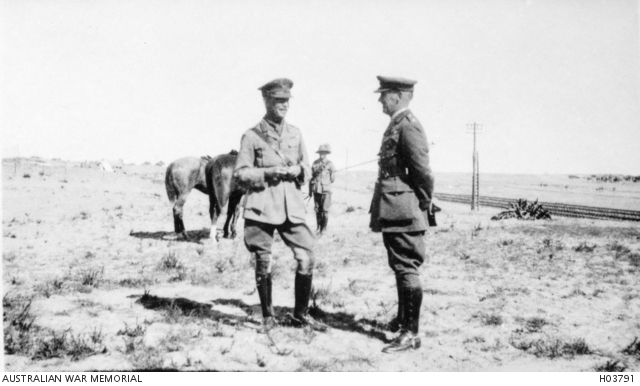 Received long report from Rabett re Light Horse at Cairo. Sent same on to General White for his information and necessary action.

Large number of Artillery promotions published, but list not complete. Men at present on strength of 4th D.A. busy pitching tents, getting ready for Light Horse and Infantry drafts. Gen. Chauval had parade of 1st Div. Artillery and said "Good bye" to them. I understand he is vacating the Command of 1st Division but know no details. Instructed by Gen. Godley to get into touch with C.R.A. 1st Division re gun positions at Serapeum, it being understood 4th Div. is to take over this line later. Fortunately I know the ground and will not need to make a fresh visit. Received letters from Alvord, Chris, Nell, Emma and Father & Mother.