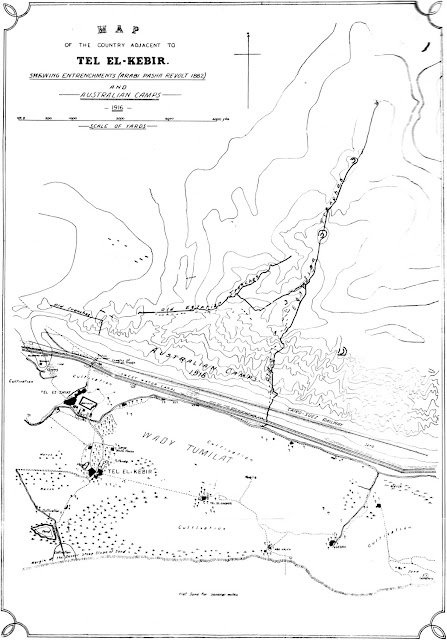 About 1000 men and 15 officers from L.H. at Maadi arrived here last night. The quota for 4th Div. amounted to about 230 men and 7 officers, Christian getting the balance. Introduced two applicants for Commission to Gen. Cox. Discussed with him future moves of 4th Div Arty. Appointed to command at Tel el Kebir after General Cox’s departure tomorrow morning.

About 14 applications for Commission with our division (from 12th L.H.) approved by General and sent on yesterday. Col. Waite took over Command of 24th How Brigade. Received cable from Richards stating he left London on 25th via France, and asking if he could join the Division. I am very pleased to know he is returning to us. It looks as if he will be the next Bde. Major. Engineers agreed to erect Kitchen for us.