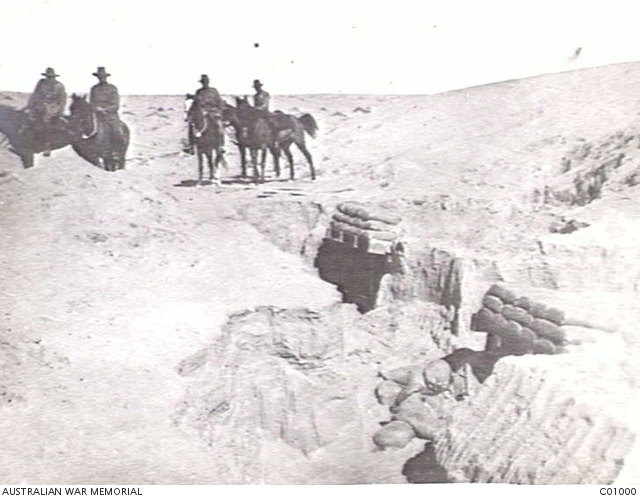 Light Horsemen inspecting some of the defenses at Ferry Post, Ismailia - the new
camp for the 4th Artillery Division (below).
[Courtesy of Australian War Memorial - C01000]

Spent day with Brigade commanders in getting organization of New Divisional Artillery under weigh. Called on Head Quarters 4th, 12th and 13th Brigade re recruits. Camp being pitched on new site.