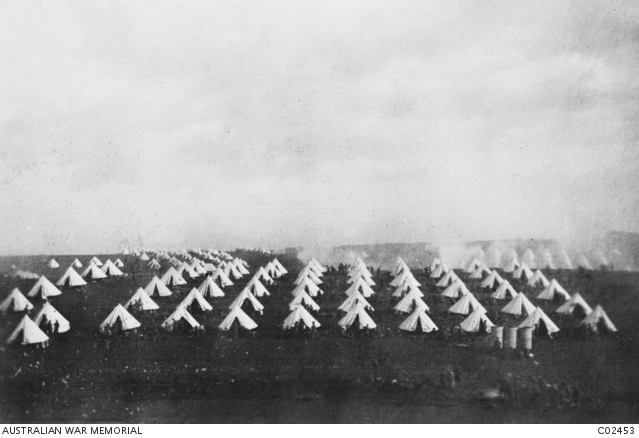 The tent lines of the 22nd Battalion at the evacuation camp on Lemnos in late December
1915 - Will Sparkes was promised similar lodgings for the 7th Battery men on the 27th.
[Courtesy of Australian War Memorial - C02453]

Last night it rained & in the morning things were unpleasant but later on it fined & became a lovely day. Several of us got a boat & went out to a store ship & secured a quantity of stores etc.

Saw Tom Watson of D.A.Park. Tents were promised to us etc. Guard of Groves – Clark Corp Preston & Thannett returned to the camp at Sarpi.

Between these dates the Battery was split up on various ships + on 27th inst. commenced to reassemble at TEL-EL-KIBIR - EGYPT.