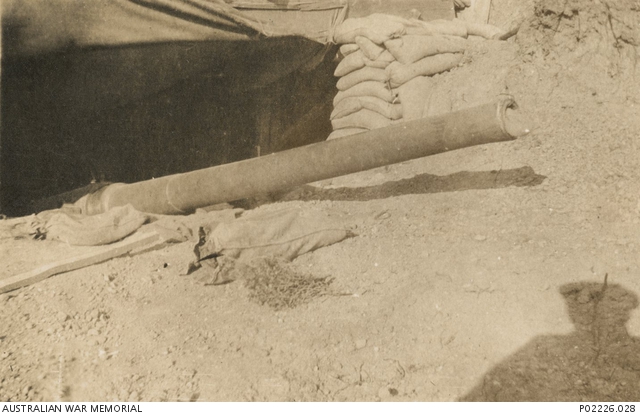 The barrel of the 4.7 inch naval gun, which had taken days to pull up the ravines to its
firing position under direction of Col. Rosenthal, minutes before it was blown up on the
15th December in preparation for the evacuation.
[Courtesy of Australian War Memorial - P02226.028]

It seems a coincidence. I was guard on the baggage leaving Enoggera & Pinkenba in Sept last year & now I am the same on leaving the Peninsula. I went to the Engineers Store for a little Breakfast with Olly Gunderson & had a wash & also had dinner there later on.

No barge came to take the luggage and it meant another sleep on the Beach. I waited up patiently to see if any orders might come through but nothing arrived & I went to bed – Bed I call it. 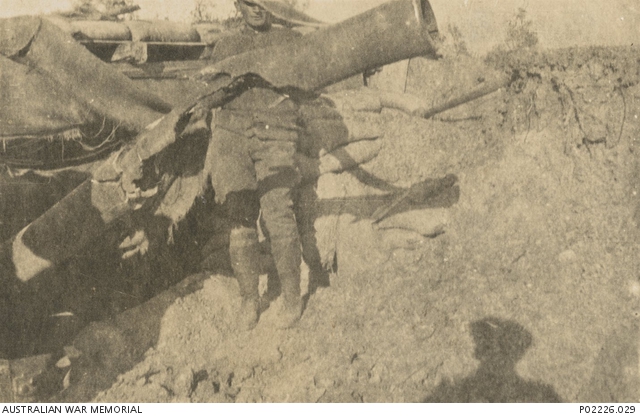 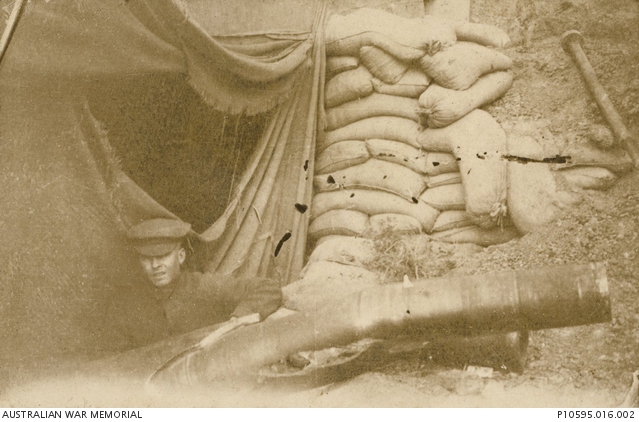 "Left for the Turks a 4.7 naval gun destroyed." A soldier poses behind the barrel of
the 4.7 inch British naval gun used as a field gun (known as 'Long Tom'), which was
spiked, or blown up, before the evacuation. This was the largest field gun used at
Gallipoli and it was brought in to counter the Turkish gun known as "Beachy Bill".
Image from the collection of Major Stuart Archibald Tooth DSO, 6th Australian
Light Horse Regiment, December 1915.
[Courtesy of Australian War Memorial - P10595.002] 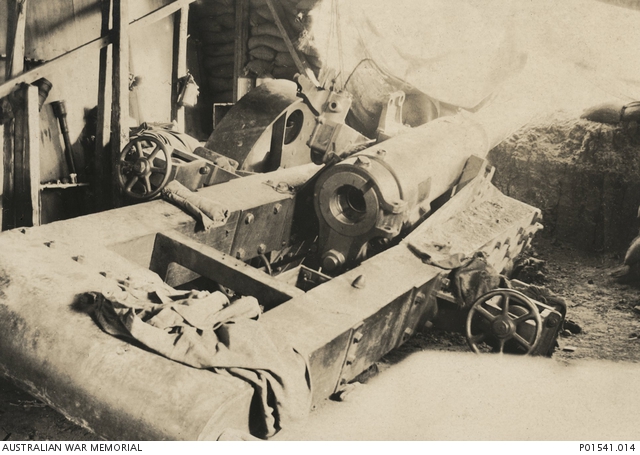 The gun may have previously been used at Ladysmith during the Boer War. It was
later operated at Gallipoli by the Heavy Battery, 1 Australian Division, who also
operated two old six inch howitzers. The gun arrived at Anzac at 3.40am on 11 July
and was initially placed near Dawkin's Point. After a great deal of effort a new
emplacement was built for it and it was put into position on 17 July. After a new
gun sight was obtained, the first four rounds were fired at 6.10pm on 26 July.
[Courtesy of Australian War Memorial - P01541.014] 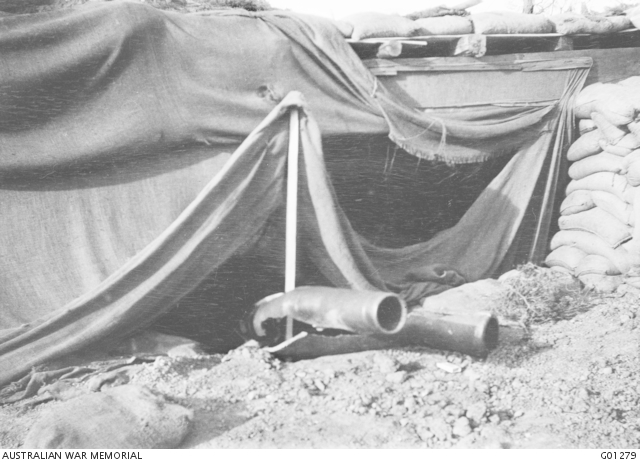 The destroyed Naval 4.7 inch gun, showing the inner and outer tubes, on
the 17th December just prior to evacuation.
[Courtesy of Australian War Memorial - G01279] 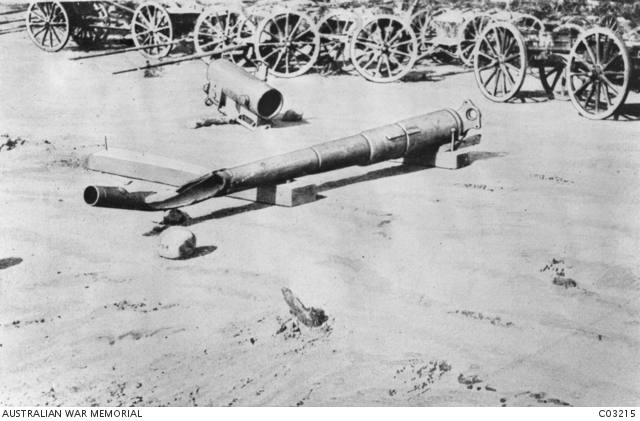 The gun was rediscovered by Lieutenant Cyril Emerson Hughes, who was working
with the Imperial War Graves Commission. He later showed it to members of the
Australian Historical Mission to Gallipoli in 1919. In his book, 'Gallipoli Mission'
Official Historian C E W Bean wrote that '...we were caught in a snowstorm, and
raced for home...As we clattered down one of the long valleys on the Turkish side
of Scrubby Knoll we galloped past the small village and minaret of Koja Dere...There
Hughes pulled us up and pointed to an object at the side of the road. I knew it at
once; I had photographed it about three days before the evacuation of Anzac - our
old 4.7-inch naval gun, actually one that had been used as a land gun in South Africa.
At Anzac it had been mounted, as then, with a huge wooden trail, and dragged to a
special position high on the right flank for firing at Kilid Bahr Plateau. Just before
the Evacuation [sic] it was destroyed by bursting a charge in the muzzle. Now it lay
by the side of the Koja Dere road, the bare gun with torn muzzle and without the
mounting. Apparently the Turks had intended to take it to Constantinople for their
War Museum, but had abandoned the task for the present. Hughes and the Mission
decided then and there that it should go to an Australian museum, if to any.' The gun
arrived in Australia in 1922.  Photo above taken from a book of photos taken by the
Turks after the evacuation of Gallipoli, and published in Germany.
[Courtesy of Australian War Memorial - C03215] 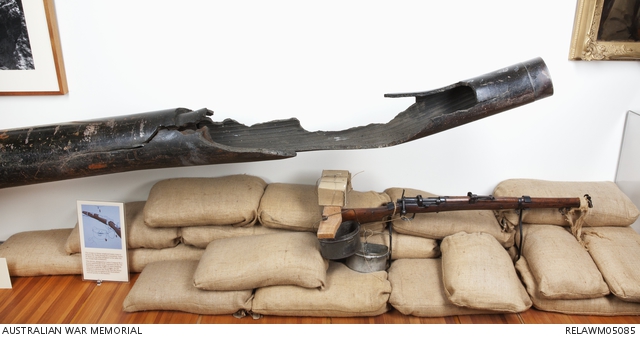