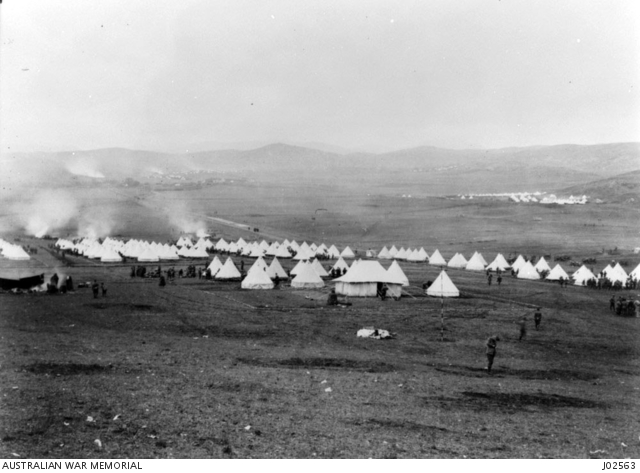 I forgot to mention that in getting the Beer the other day I forgot to mention I asked the officer to have a drink & they would not serve me as it was for Officers only. I had to see my officer friend drink his first while I looked on & paid for it.

Where our Baggage Guard is camped is on the side of the road & we have officers enquiring every day who we are etc.

We had several officers round our Baggage today making enquiries as to how many wagons it would take to carry our records, Baggage etc away. We could not glean any information as to where we were likely to go – a rumour said Mesopotamia. An officer informed us that everyone had left Anzac & there had not been any attack by the Turks. There was only 3 casualties – one was shot by a Sniper & 2 had sprained ankles. It was a magnificent undertaking to have escaped the position with such a success. The last few in the trenches erected rifles loaded & had a patent firer – a bucket of water dripping into another suspended from the trigger. It was an exciting time for those left.