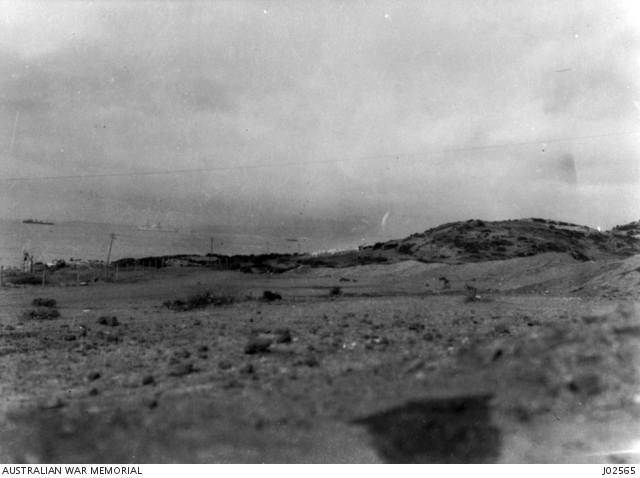 I was up late – I saw no reason to get up early & went along to the Engineers Store & had breakfast with Olly G. It was cruel to see the waste of munitions & clothes & stores. It would make one shed tears – A few weeks ago we were on half rations now we can get almost anything. Everywhere goods can be got for the asking. The old 4.7 naval Gun which we had up by the right was blown up – Gun cotton is being placed in various places as mines. Ammunition is being dumped into the sea also various other sorts of ammunition – as you can imagine everything is done under a certain amount of veiled excitement. You can see huge transports in close to shore every evening & men are leaving in small batches from every unit. What a disappointment to think we have fought so hard – lost so many brave men only to give it all up again. I would certainly like to be there at the final withdrawal from the position but fate wills it otherwise.

The Barge came alongside our Pier at about 7PM & it was a rush to get Baggage on. A lot of it the Landing Officer would not let it come & I am afraid it will be burnt as they will never be able to get it away. Our Barge went alongside a small Steamer called the Princess Abbess & we had to bundle all our stuff on to it. This took some time & before it was finished the Steamer had instructions to get away & all the blankets kits etc were dumped over the side.

We started on our journey & reached Lemnos about 7 next morning.

Quiet.  The Battery did not fire.