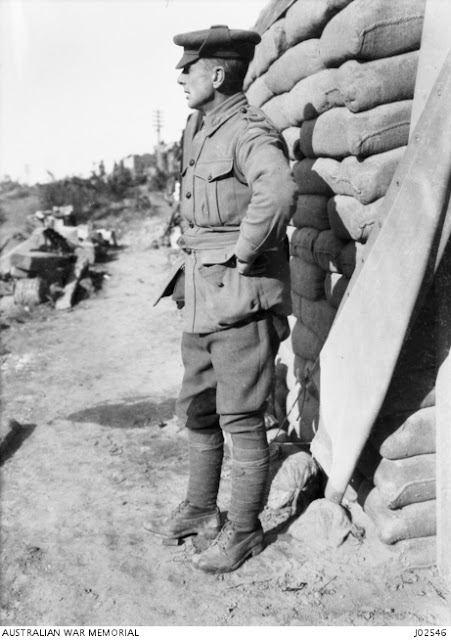 I had to serve the 7th & 9th Batteries to-day & it kept me very busy indeed. There was a terrific Bombardment to-day by the Warships. It was good to hear the guns booming out once again. How they echoed & re-echoed across the Peninsula when their broadsides went forth.

It was observed that during the night 9th/10th inst the enemy had unmasked their gun emplacements two being in square 68-L-8 + the other in square 68-Q-7.

1615 Received orders to send 1 Officer 10 men Gun + Limber complete with all equipment to beach for embarkation.  This was done N° 4 Gun being withdrawn for the purpose.  Later instructions were received that the party would not embark tonight.  The gun + limber with sentry were left in SHRAPNEL GULLY + screened from aeroplane observation.

1120 Operations of ships and Batterys commenced on OLIVE GROVE.  Observed for H.M.S.Peterborough.