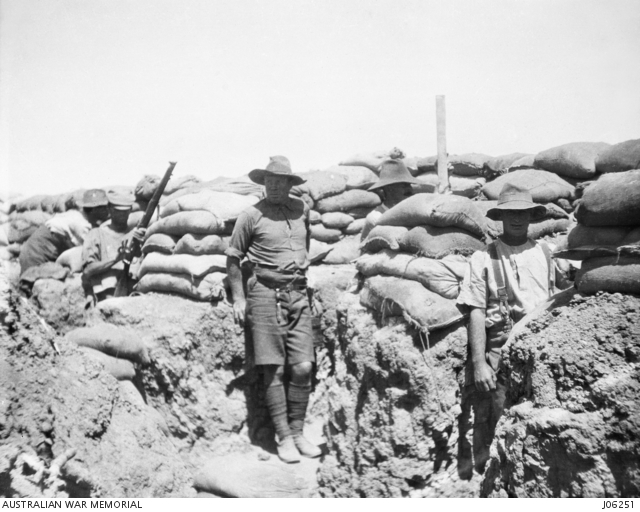 Captains Richardson & Bird (latter with periscope), 7th Light Horse Regiment, in the
front line at Anzac in August 1915 - located just behind the 7th Battery's position, the
7th Light Horse were joined by members of the 12th on the 29th August (below).
[Courtesy of Australian War Memorial - J06251]

It was deliciously cool this morning. One of our transports got in a bit close and went aground for some hours. The Turkish Artillery opened fire over her but luckily did not hit her before she got off. We often get a good view of the trawlers & other boats moving in to the landing stage under fire. A shell goes over them one behind – perhaps one in front and so on. It’s very interesting to look on while this drama is being enacted. The 12th Light Horse came up to our lines this afternoon & I understand merged into the 7th L Horse flanks. They had only arrived from Egypt in the morning early.