Prime Minister, Minister of Defence, GOC A.I.F. Admiral Creswell and other Officials made an inspection of men, horses and ship. Men formed up with teams and drivers mounted on the wharf. All concerned very pleased with ship. Prime Minister made a Complimentary speech to Col Hobbs who in turn transmitted it to me for benefit of Command generally.

All units at work with teams during morning. Afternoon devoted to embarking vehicles etc. called at Ordnance. Horse chairs arrived. 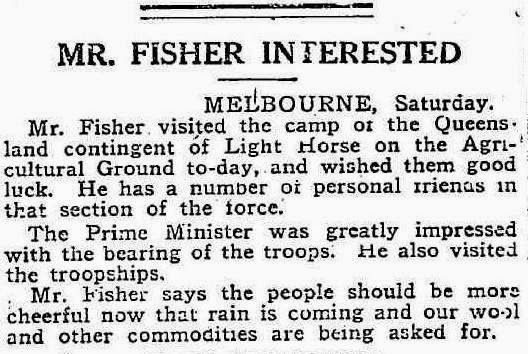 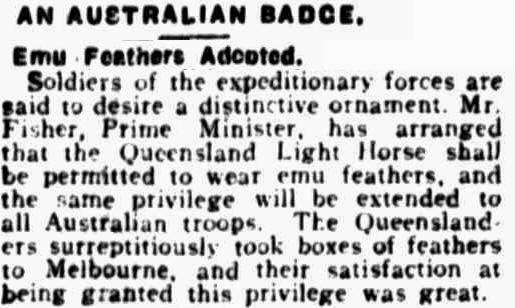 From an historic perspective, another amazing event
transpired as a result of the Prime Minister's vistit
to the Queensland Contingent - the Official adoption of
the famous "Kangaroo Feathers" in the Australian
Troops' slouch hats (The Farmer & Settler, 21st October 1914).
[Courtesy of National Library of Australia]