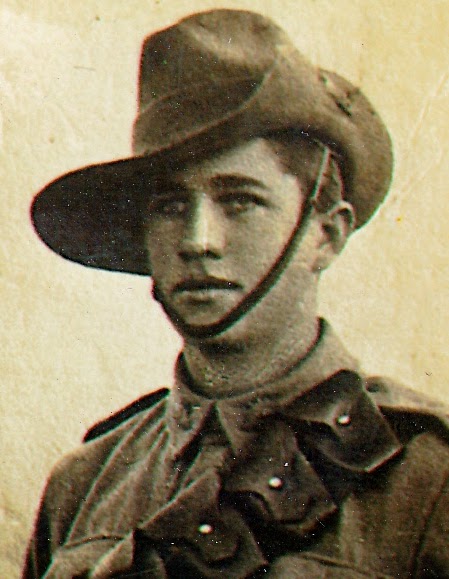 Still a cold wind blowing from the south.  I am pretty crook and got some medicine from the hospital on ship and get a mixture twice daily but it doesn't seem to do much good.  I have a sore throat, coald and pains in the chest.  It seems to be a general complaint.  The Doctor thinks the men caught it from the horses, as they mostly all have colds or strangels but I think it is the sudden change of weather. 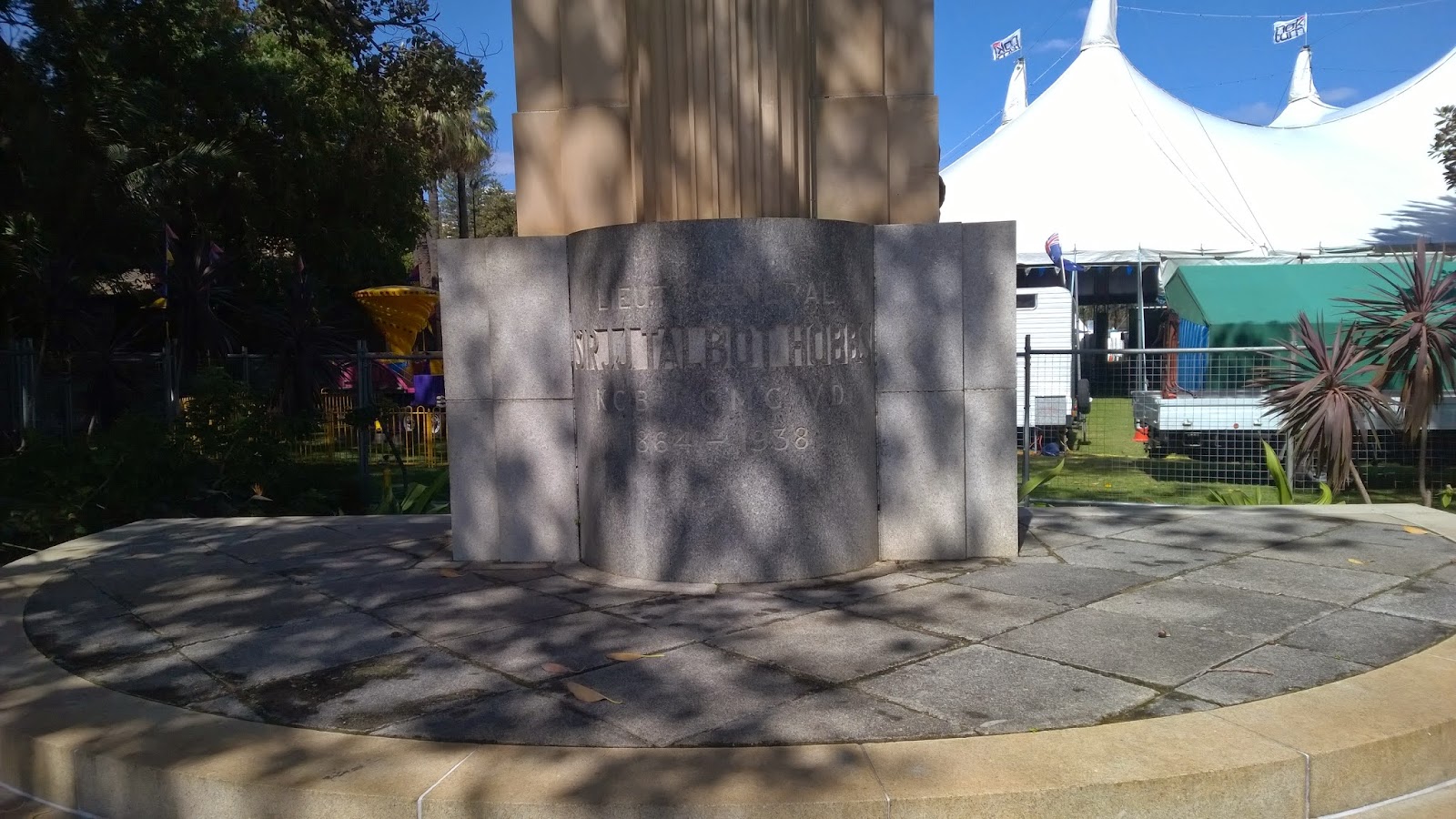 Colonel Rosenthal's referrence to Colonel Hobbs below, relates
to then Colonel Joseph John Talbot Hobbs, who had been placed
in charge of the artillery for the 1st Artillery, A.I.F.  I was lucky
enough to chance upon a very impressive memorial to
Lieutenant-General Sir J. J. Hobbs on the Perth waterfront this
week when visiting for work.
[Author's own collection]

Battery at Battery gun drill and driving drill. Brigade head Quarters mounted drill. At Victoria Barracks re Horse and Ordnance Supplies. Col Hobbs visited ship and informed me he wanted the Brigade out to Broadmeadows on Thursday for Divisional Drill. I pointed out the difficulty re Quarantine of Queensland horses. He then promised to let me know later. Battery drill again during afternoon. 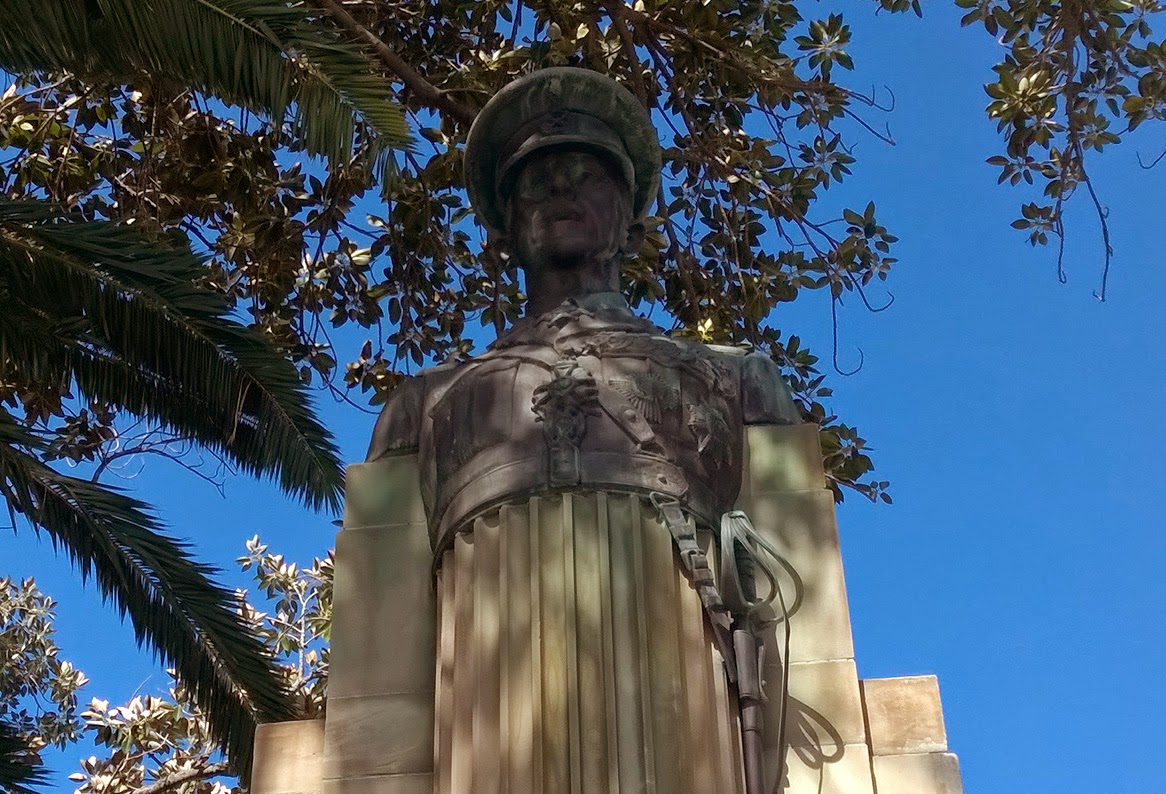 The bronze figurehead atop Lieutenant-General Sir
Joseph John Talbot Hobbs' memorial in Perth, as
detailed above, who in 1914 commanded the artillery
of the 1st Division, A.I.F.
[Author's own collection]