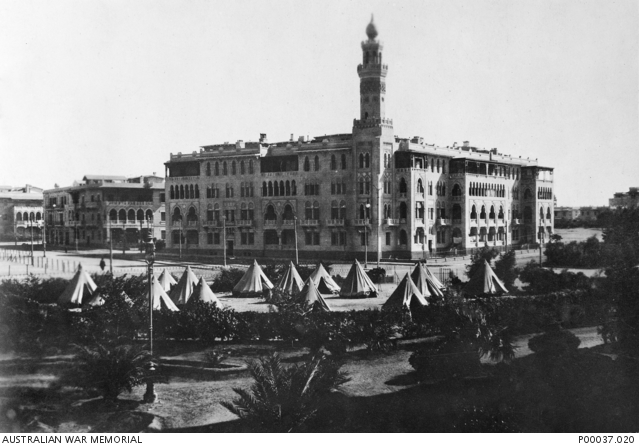 Fifteen tents in the grounds of Heliopolis Palace occupied by No. 1 Australian General
Hospital in early 1916 - the tents were erected all around the grounds as space inside the
building became scarce.
[Courtesy of Australian War Memorial - P00037.020]