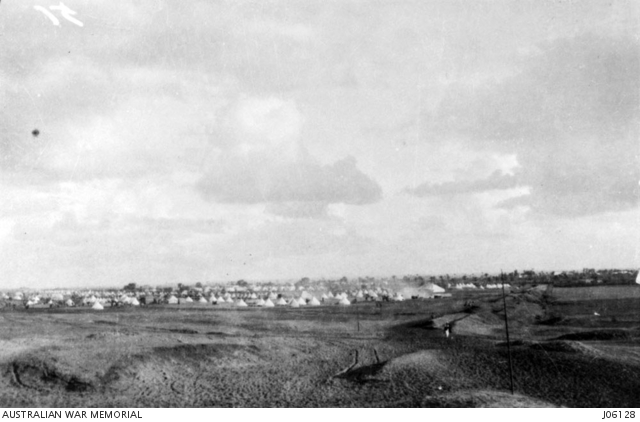 
General Chauvel came round the lines. Congratulatory message delivered from Gen Murray re Review Parade, and the Divisional General also thanked Fitter Price for bades of rank made for him from Turkish driving bands. Discussed Lt Urquhart’s case with the General who promised to do what he could for him. Out with batteries during day. Mess hut finished and officers entered into occupation. Visited native fair during afternoon.