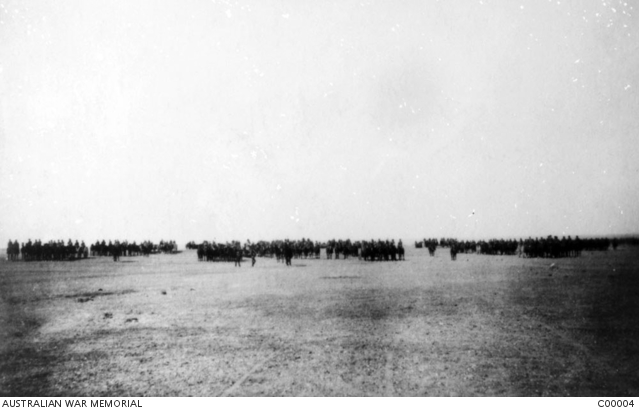 Parade of the 1st Division Artillery, being reviewed by Sir Archibald
Murray on the 15th January.
[Courtesy of Australian War Memorial - C00004] 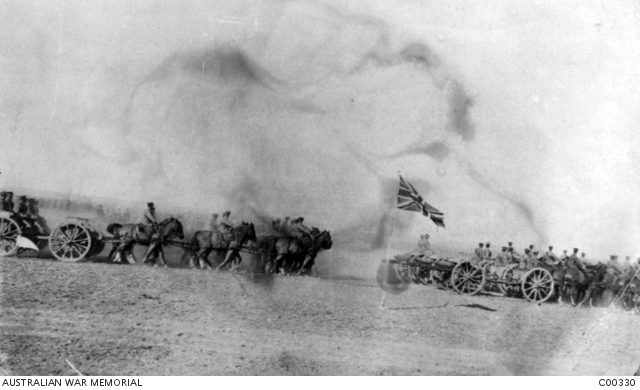 Batteries on Manoeuvre area during morning. During afternoon review held. First Division marched past. Second Division whose horses are not yet fit did not march past. Generally a very good show. The General hinted to me that France would probably be our destination after a couple of months’ stay. Gen Hobbs cabled that he would leave Marseilles to day by R.M.S. MONGOLIA. 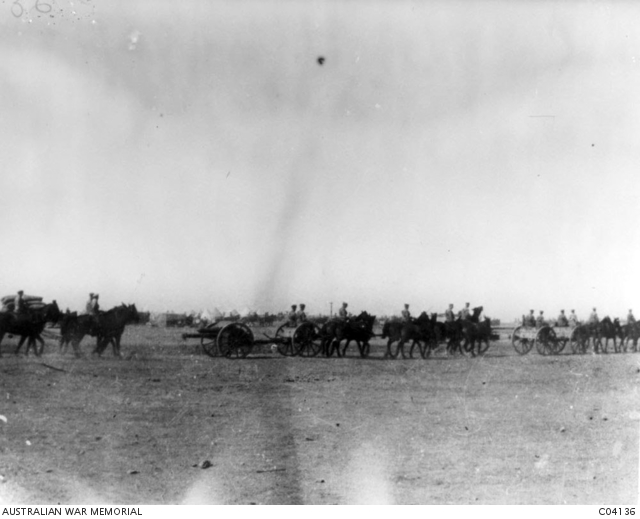 One of the 1st Division's Batteries returning to camp from the review, 15th January.
[Courtesy of Australian War Memorial - C04136]