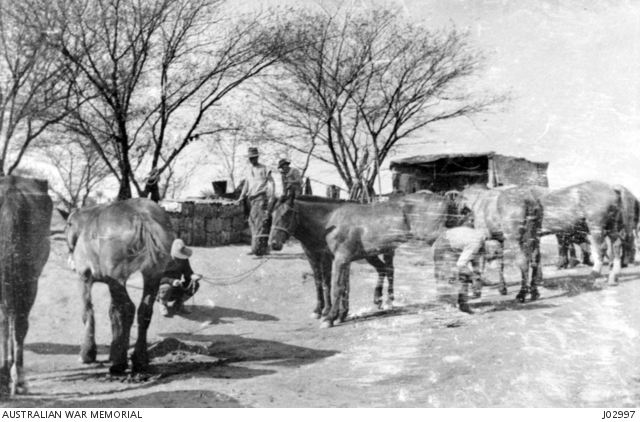 Interviewed General Chauvel re position of Divisional Artillery Command. He has cabled to General Hobbs to clear up the situation. Out with Batteries during morning and afternoon. Instructed Lt Clowes to report to D.A. for duty as Staff Captain. Rearranged subaltern officers temporarily in Brigade. Received letter from Mr Forrest, A.T. Sharp and Charley which had been travelling after me from England. I suppose in a week or two now my correspondence will be resuming normal Conditions. Still a number from Nell not to hand.