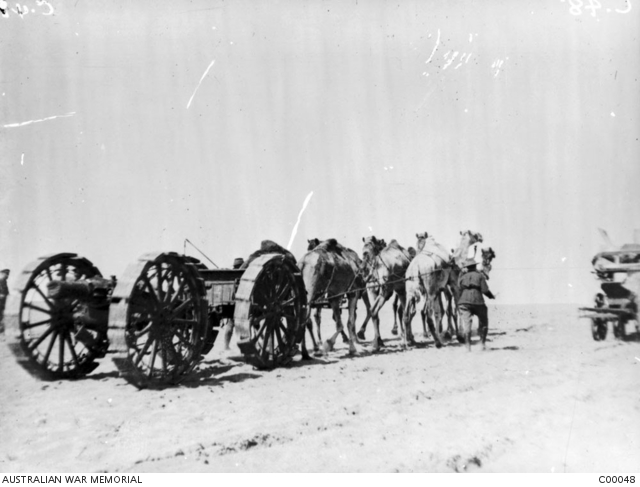 A camel team pulling one of the Australian Howitzers, the sand tyres having
been introduced by Colonel Cox-Taylor, January 1916.
[Courtesy of Australian War Memorial - C00048]