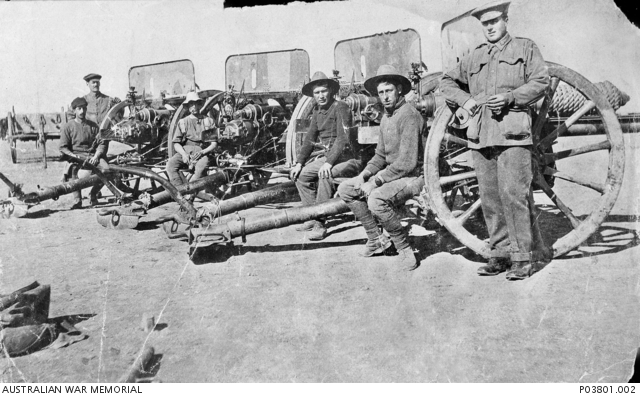 Gen Hobbs who was supposed to arrive yesterday by "Medina" from London has not made his appearance. Batteries doing Battery drill morning and afternoon and gun laying from Gun Layers. Mr Scarrot returned to duty with Brigade. Gen Godley was to have inspected camp but he did not turn up. Commenced Officers Mess Hut. Y.M.C.A. Representative reported to us. Major Rabett and Captain Callaghan came round to my tent and stayed till 11pm. I showed them maps etc from France.