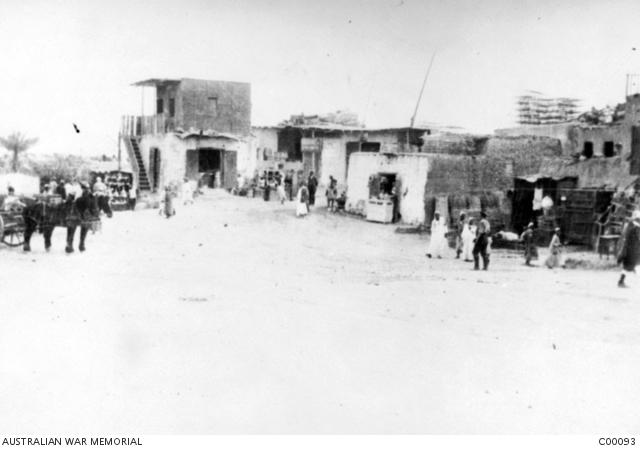 The Tel-el-Kebir Railways Station, January 1916, visited by Col. Rosenthal
on his trip in to Cairo (below).
[Courtesy of Australian War Memorial - C00093]

No Church Parade this morning, Padre having been transferred to Infantry. Capt. Waites decoration proves to be the Military Cross. Both recipients have now "put up" their ribbons. Capt Rogers called to see me re his early return to the Brigade. I promised to do all that I could to facilitate matters. Went up by afternoon train to Cairo to adjust Brigade Trust accounts. Could not get a room at the Continental, but secured one at Shepheards.

Saw General Irving and Major Lynch. Had a long talk with them. The latter seems very far from well, and appears to be breaking up. Also saw Capt. Robb of A.G.A. from NewCastle.