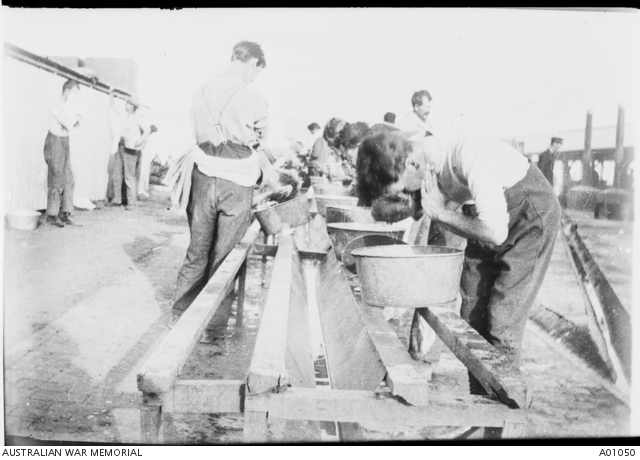 Out with Batteries during day. Called on Colonel Johnstone 2nd Div Artillery, also Gen MacLagan and Gen Holmes. The latter was not in. Second and Third Brigade leaving camp on Sunday and Monday respectively. Capt Jopp ascertained that his valise – supposed to be lost – had in reality been returned to our Head Quarters when at Zarieh Camp, and then been rifled by the men. Inquiries now being made. Promotions in batteries completed.