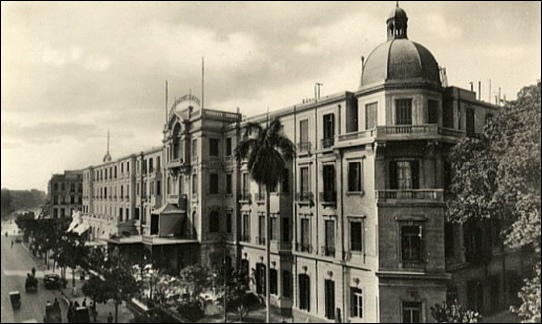 The Shepheard's Hotel, well known to Col. Rosenthal during his initial stint in Egypt
in early 1915, played host to an unfolding scandal for the 3rd Field Artillery Brigade.
[Courtesy of Speedway Fiction]

Out with Brigade all day. Battery drill very good. Major Hughes and Lt Urquhart in Cairo on a Court Martial. Very surprised to received wire from A.P.M Cairo that Lt Richardson was under arrest at Shepheard's Hotel. Discussed with Anderson promotion of our officers. Could not recommend Lt Urquhart for Captaincy owing to unsatisfactory work at Gallipoli, and his O.C. having relieved him of the Command of his Section.